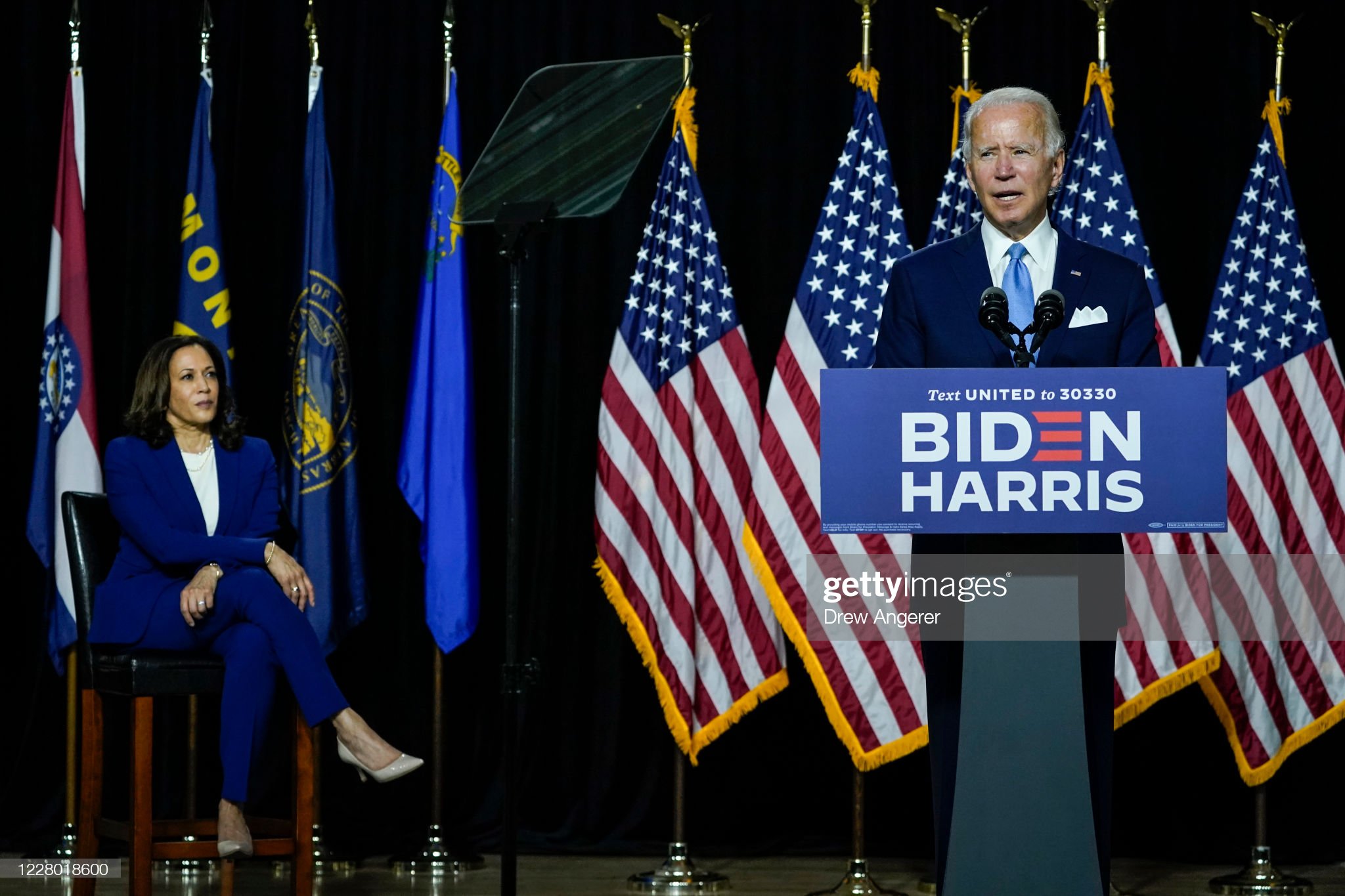 What’s in the Biden economic plan? Currently leading in the polls, Vice President Biden and his running mate Kamala Harris are now focusing significant efforts around shoring up the economy vote and tying the current economic decline to Trump’s mishandling of the coronavirus (COVID-19) epidemic. Here’s what you need to know:

According to this excellent article from The Balance: 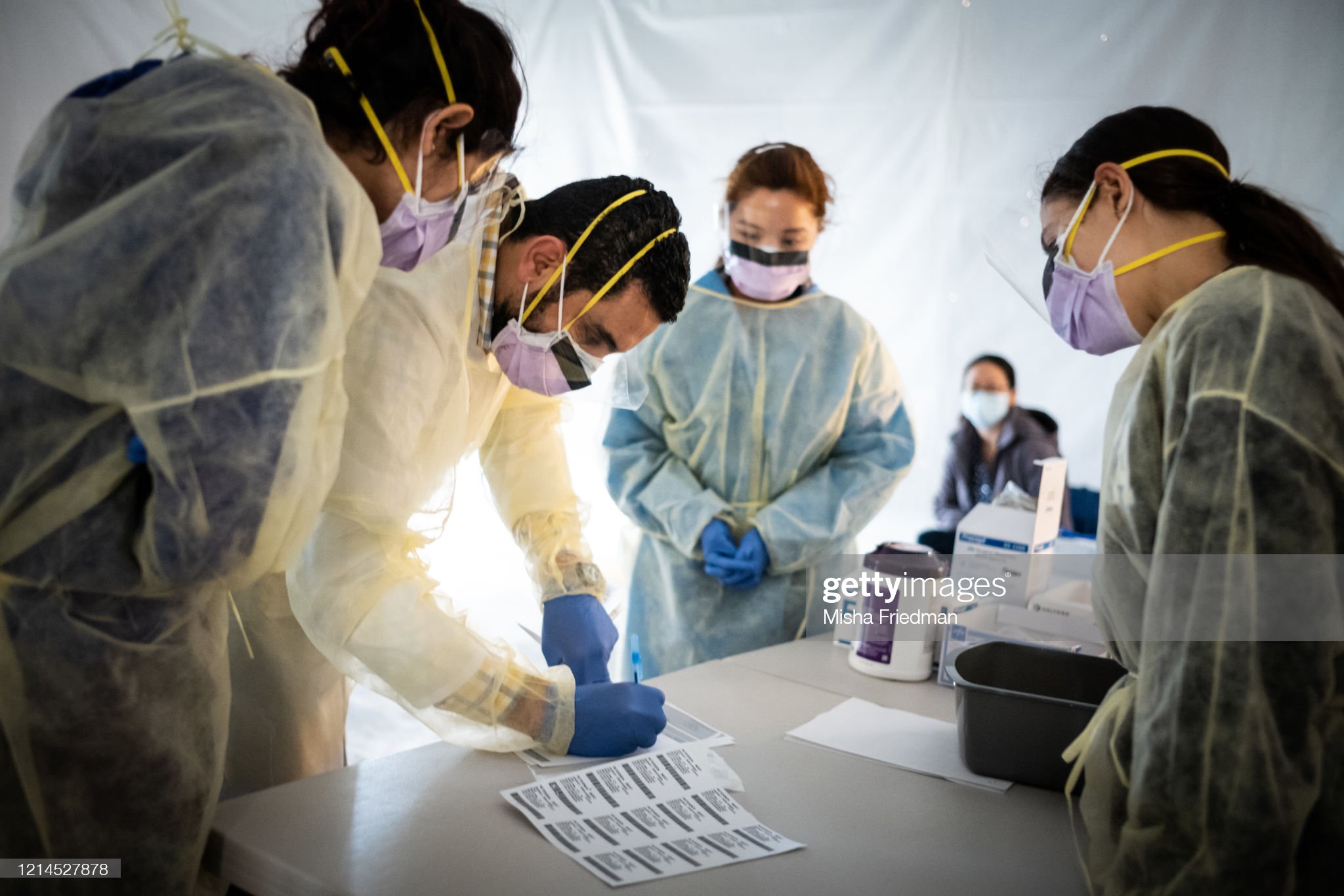 Biden’s proposed policy platform aims to restore the economy in the shorter term by protecting workers from the coronavirus (COVID-19) pandemic. He’d use the Defense Production Act to produce more of the personal protective equipment (PPE) that safeguards essential workers.

Biden would require health insurance plans to completely cover COVID-19 testing and vaccines. A prospective Pandemic Testing Board would coordinate the nation’s testing efforts, and a proposed Public Health Jobs Corp would do contact tracing. These are strategies recommended by the Centers for Disease Control and Prevention (CDC) to control the coronavirus.

Many of the actions proposed by Biden need congressional approval before they can be put into action. 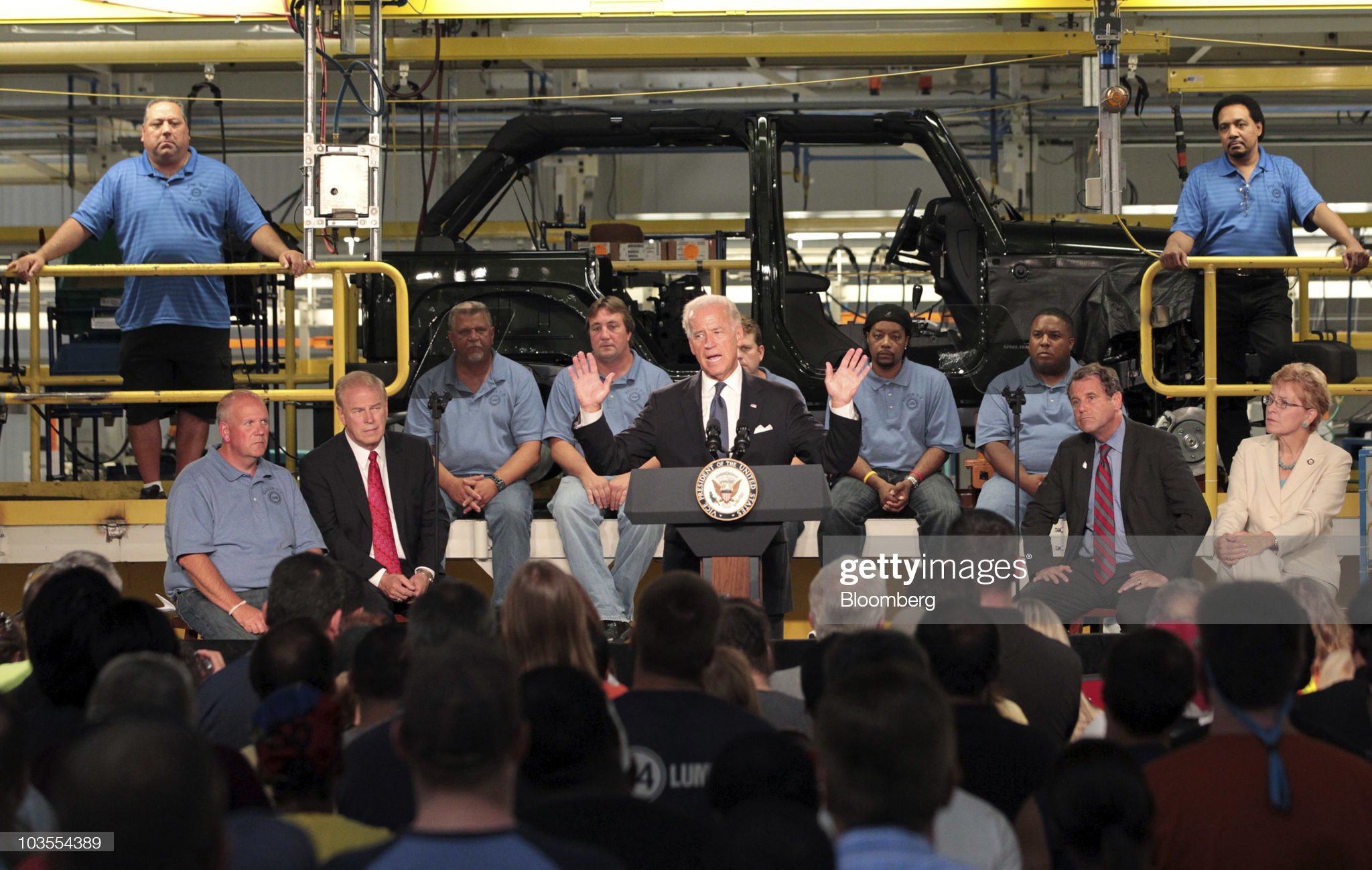 On July 9, 2020, Biden released details of his “Buy American” plan to create 5 million new jobs.1 The government would spend $400 billion to buy American products and services. An additional $300 billion would go toward research and development, including half for clean energy, aimed at creating jobs and securing U.S. industry leadership.

In addition to enhanced testing, contact tracing, and PPE, Biden would give essential workers a COVID pay boost. He pledges to guarantee paid leave for anyone who gets sick with COVID-19 or stays home to care for family members ill with the virus. This would reduce disease transmission by allowing sick employees to stay home.

Biden would also more than double the federal minimum wage, to $15 an hour. This is meant to spur economic growth by giving workers more to spend, increasing both demand and business revenue.2 A 2014 Congressional Budget Office (CBO) report said that raising the minimum wage would take 900,000 families out of poverty. At the same time, it would cost 500,000 workers their jobs.3

Biden would expand Obamacare subsidies to reach more middle-income families. Under his proposal, no one would pay more than 8.5% of their income for health insurance.4

Biden would offer universal health coverage, like Medicare, to those who want it.

Having universal health care could create a healthier workforce: Studies show that making preventive care available reduces the need for expensive emergency-room usage.5 Biden would allow qualified residents of the states that didn’t expand Medicaid to sign up for the universal health plan for free. 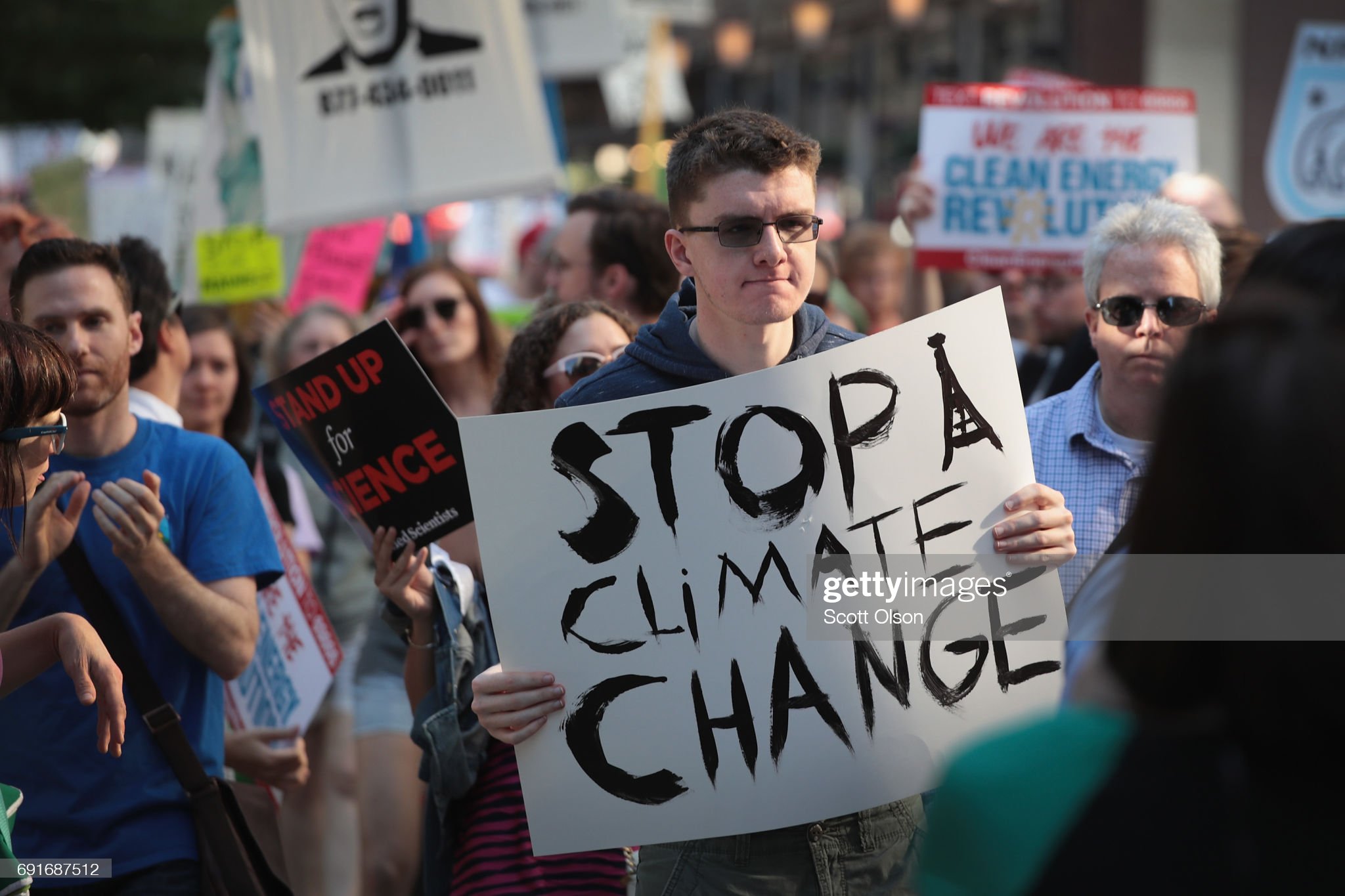 Biden would recommit to the Paris climate agreement and support the Green New Deal. He would restore environmental regulations, such as fuel economy standards that support electric vehicles (EV). Biden’s “Clean Energy Revolution” would invest $2 trillion and create 10 million jobs.6 It would also:

The Paris Agreement’s 1.5 C goal is only achievable if the world stopped emitting all carbon by 2030.8 Biden’s plan doesn’t meet that target.

Biden would increase federal funding for K-12 education. Specifically, he would triple Title I funding for low-income families to raise teachers’ pay. He promises universal pre-kindergarten, and all community health centers would have early childhood development experts.

To lower the cost of higher education, Biden would make community colleges and public universities free for qualifying students.

He would spend $8 billion on community college facilities and $50 billion on workforce training. Education is one of the best ways to close the racial wealth gap and boost economic growth.9 A McKinsey study showed that, if low-income students had had the same educational achievement as their wealthier peers by 1998, in the next decade they would have added $670 billion to the economy.

Biden’s proposals would undo most of Trump’s immigration policies. The U.S. would no longer separate families at the border. Biden would raise annual refugee admissions to 125,000 from 22,491 in 2018.10 Biden would also provide a road map to citizenship for undocumented immigrants who pay taxes and pass a background check.

Biden would address the root cause of immigration at the Mexican border. He would provide a $4 billion aid package to Guatemala, El Salvador, and Honduras, which are plagued by narco-trafficking and violence.11

Biden plans to make available $640 billion over the next 10 years to provide affordable housing. He would target the homeless, the formerly incarcerated, and veterans.12 Subsidized housing allows residents to focus on improving their job skills and education. It provides stability during bouts of unemployment, so children can remain in school. Specifically, he would:

Biden aspires to raise federal revenue by $3.8 trillion over the first 10 years, including through individual tax increases for many. He would do this by imposing a 12.4% Social Security payroll tax for those making more than $400,000 a year. He would repeal the Trump tax cuts for high-income filers, and increase the corporate tax rate to 28%.13

Biden would make the tax code more progressive, meaning high-income households pay a larger share of their incomes in taxes than do lower-income taxpayers. Studies show that progressive taxation reduces income inequality by allowing the poor to save more.

Biden would set a goal of restoring American leadership in strategic areas such as clean energy, artificial intelligence (AI), and quantum computing. To confront China’s trade barriers, Biden would work with U.S. allies to present a united front in trade disputes.

Biden has made it clear the effective containment of COVID-19 is the key cornerstone and precursor to economic recovery.

As such, Biden’s proposed policy platform aims to restore the economy in the shorter term by protecting workers from the pandemic. He’d use the Defense Production Act to produce more of the personal protective equipment (PPE) that safeguards essential workers.

Biden would require health insurance plans to completely cover COVID-19 testing and vaccines. A prospective Pandemic Testing Board would coordinate the nation’s testing efforts, and a proposed Public Health Jobs Corp would do contact tracing. These are strategies recommended by the Centers for Disease Control and Prevention (CDC) to control the coronavirus.

Former Vice President Joe Biden, the presumptive Democratic presidential nominee, laid out a key plank of his economic agenda for the country — dubbed “Build Back Better” — in a half-hour speech Thursday, offering a competing vision of economic nationalism that President Trump has trumpeted in recent years.

“The truth is throughout this [coronavirus] crisis, Donald Trump has been almost singularly focused on the stock market — the Dow and Nasdaq — not you, not your families,” Biden said during his remarks Thursday afternoon in Dunmore, Pa., near his hometown of Scranton. “If I’m fortunate enough to be elected president, I’ll be laser-focused on working families, the middle-class families that I came from.”

Biden’s economic plans to date have focused on immediate relief for families, small businesses and communities struggling amid the coronavirus pandemic. But the proposal he detailed Thursday centered around manufacturing and innovation.

He outlined an agenda to “Buy American,” which includes a $700 billion investment in procurement and research and development for new technologies such as biotech, clean energy and artificial intelligence.

“This will be a mobilization of R&D and procurement investments in ways not seen since World War II,” Biden said.

“I do not buy for one second that the vitality of American manufacturing is a thing of the past,” Biden said, adding that he believes the future should be “made in America, all in America.”

And when the federal government spends taxpayer dollars, Biden said, the focus should be on buying American products that would support American jobs. He said as president, he would intend to focus on rules that would help make that happen.

iden also reiterated his plan to boost the corporate tax rate back up, to 28%, after Republican tax cuts in 2017 lowered the rate to 21%.

“The days of Amazon paying nothing in federal income tax will be over,” he said.

In recent weeks Biden has insisted that his economic agenda will do more than simply respond to Trump’s handling of the coronavirus crisis and the economic side effects of the pandemic.

Earlier this week, Biden spoke about the need to onshore more American goods — specifically vital medical equipment and pharmaceuticals — so that the United States would be better equipped to deal with future crises without relying on importing critical goods from China or elsewhere.

That’s an issue Trump has also stressed, with his “America First” economic and trade policies.

“We don’t need to guess what a Biden economy would look like since Americans have been forced to live through it once already,” Hogan Gidley, the Trump campaign’s national press secretary, said in a statement. “Biden’s policies caused the slowest economic recovery since the Great Depression, anemic job growth, and depressed wages for the workers left.”

Also speaking about the economy in Pennsylvania on Thursday was Vice President Pence, underscoring the importance of the state as a presidential battleground.

Biden’s speech Thursday was the first in a series of planned rollouts in the lead-up to the Democratic National Convention in August. Biden said he’ll announce plans around infrastructure and clean energy next week. And in the coming weeks, he also intends to address, child care and racial inequality.

On Wednesday, Biden’s “unity task forces” with Sen. Bernie Sanders of Vermont released a 110-page policy wish list of recommendations for the former vice president that included plans for universal pre-K and 12 weeks of paid family leave. The effort was the result of six joint task forces appointed by Biden and Sanders in May.