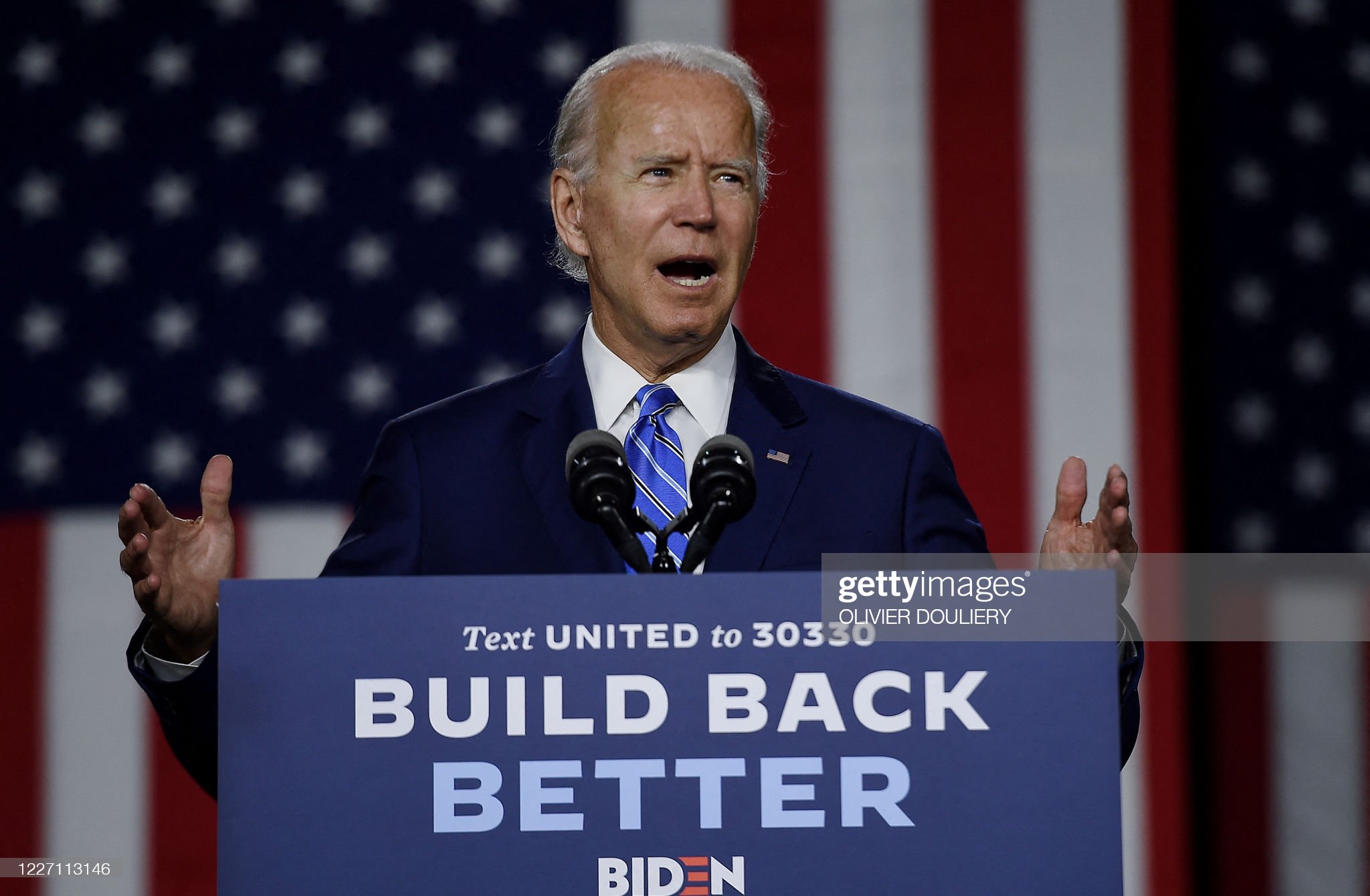 U.S. infrastructure is a lot like American democracy – it’s deeply damaged, fragile, and need of urgent (well overdue) repair. According to the American Society of Civil Engineers (ASCE), the U.S. secured a “C-” grade on the latest Report Card — a slight improvement from the 2017 grade of D+ — and the ASCE pointed out that the country will need to invest $4.59 trillion by 2025 to improve its condition. It is no surprise that Infrastructure is a core part of President Biden’s “Build Back Better” economic recovery plan which is centered around necessary upgrades as well as American Innovation, Climate Action and the Green Economy. Pres Biden will introduce his signature Infrastructure Bill today in Pittsburgh. Here’s what you need to know.

Upgrading U.S. infrastructure is a necessary, herculean and politically difficult mission but it’s clear the President Biden wants Infrastructure Reform to be a hallmark of his legacy. The Biden administration is certainly not the first one to pursue Infrastructure — we all remember the innumerable and fruitless “infrastructure weeks” held by the previous administration —  but it may be the first to make the Green Economy/Climate Change the centerpiece of its approach. Click  below for a full analysis of the proposed Biden Infrastructure Plan and what to expect in the weeks ahead as Congress prepares to take it on.

(1) What is the current state of U.S. infrastructure?

In short, it’s very bad. The American Society of Civil Engineers (ASCE), gave the U.S. a “C-” grade on its latest Report Card. Although this is actually a slight improvement from the D- grade. Per the report card: “The 2021 grades range from a B in rail to a D- in transit. Five category grades — aviation, drinking water, energy, inland waterways, and ports — went up, while just one category — bridges — went down. And stormwater infrastructure received its first grade: a disappointing D. Overall, eleven category grades were stuck in the D range, a clear signal that our overdue bill on infrastructure is a long way from being paid off. While we grade 17 categories individually, our infrastructure is a system of systems and more connected than ever before. As we look at the low grades and analyze the data behind them, there are three trends worth noting:

The roads, bridges, public drinking and water systems, dams, airports and mass transit systems in the US are in need of massive restoration. This is what the American Society of Civil Engineers (ASCE) said in its 2017 Infrastructure Report Card, an assessment of the nation’s infrastructure that comes out every 4 years. The organization evaluated it with an overall grade of D+, the same score as in 2013, pointing out that the country will need to invest $4.59 trillion by 2025 to improve its condition.”

(2) What did the Biden-Harris Team promise during the presidential campaign re: infrastructure?

During the presidential campaign, the Biden-Harris team committed to implementing a “national effort aimed at creating the jobs we need to build a modern, sustainable infrastructure now and deliver an equitable clean energy future“. As a core part of his “Build Back Better” agenda, then candidate Biden promised to “immediately invest in engines of sustainable job creation – new industries and re-invigorated regional economies spurred by innovation from our national labs and universities; commercialized into new and better products that can be manufactured and built by American workers; and put together using feedstocks, materials, and parts supplied by small businesses, family farms, and job creators all across our country.”

The campaign promises included the following: 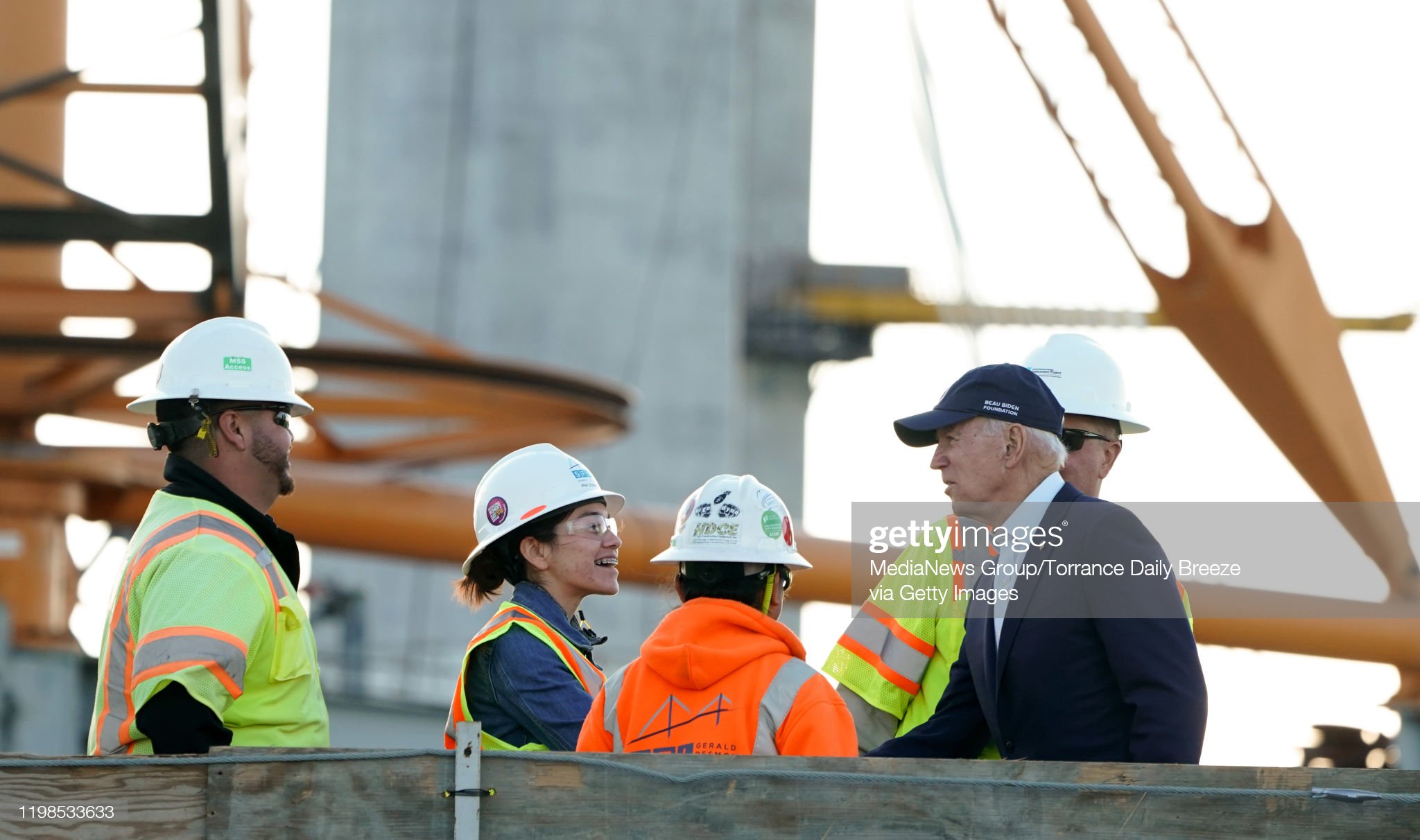 (3) What’s in the Biden Infrastructure Package?

“In addition to roughly $650 billion in new spending for infrastructure projects, such as ports and railways, two people familiar with the plan told The Post that the package to be unveiled Wednesday could include around $400 billion toward care for the elderly and disabled; $300 billion for housing infrastructure; $300 billion to revive U.S. manufacturing; and hundreds of billions of dollars to bolster the nation’s electric grid, enact nationwide high-speed broadband and revamp the nation’s water systems to ensure clean drinking water, among other major investments.”

“President Joe Biden will unveil a more than $2 trillion infrastructure package on Wednesday as his administration shifts its focus to bolstering the post-pandemic economy.

The plan Biden will outline Wednesday will include roughly $2 trillion in spending over eight years and would raise the corporate tax rate to 28% to fund it, an administration official told reporters Tuesday night, speaking on condition of anonymity in advance of the announcement.

The White House said the tax hike, combined with measures designed to stop offshoring of profits, would fund the infrastructure plan within 15 years.

“President Joe Biden will lay out the first part of his multitrillion-dollar economic recovery package this week, focusing on rebuilding roads, bridges and other infrastructure, followed by a separate plan later in April addressing child and health care.

White House press secretary Jen Psaki confirmed on Sunday the administration’s plans to split the package into two legislative proposals, part of an effort to get support from congressional Republicans. But she adds that “we’ll work with the Senate and House to see how it should move forward.”

Biden will release details in a speech Wednesday in Pittsburgh about his proposal for federal investments in physical infrastructure, an issue that has drawn Republican support despite wariness over a pricey package so soon after passage of the $1.9 trillion Covid-19 relief plan.”

“According to several sources who were on a call where White House officials briefed lawmakers Tuesday afternoon, the plan would encompass not just highways and transit but water systems, broadband, supply chain issues and more. It would address electrification and has a major plank on innovation, which involves research funding targeted at areas where the United States is falling behind China and other competitors, such as on semi-conductors and batteries.

National Economic Council Director Brian Deese said on the call that the plan would be paid for by changes to the corporate tax rate, including an effort already underway by the administration to achieve worldwide agreement on setting a global minimum corporate tax rate so that corporations could no longer pit countries against each other in search of the lowest rate.” 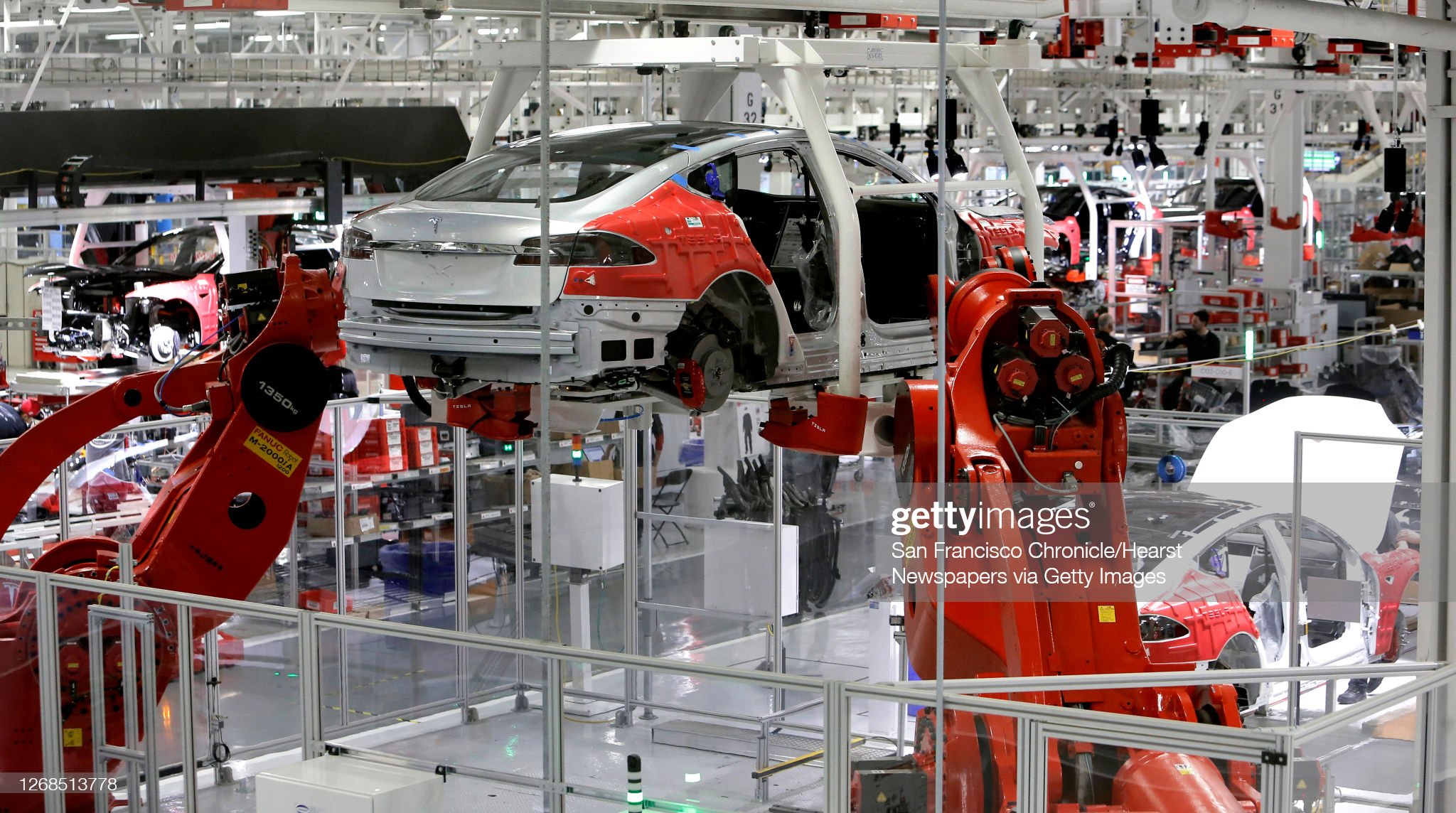 (4)What are the immediate legislative challenges?

The Biden administration is certainly not the first one to pursue Infrastructure. We all remember the innumerable and fruitless “infrastructure weeks” held by the previous administration. The Obama administration attempted a $60B Infrastructure bill that fell victim to GOP blockade back in 2011 but the Biden administration may be the first to make the Green Economy/Climate Action the centerpiece of its approach. Nevertheless, given the razor thin margin in the Senate, Pres. Biden will face legislative hurdles. It is therefore no surprise that the proposed bill contains enticements for red state senators including coal mine cleanup efforts as noted below.

President Joe Biden’s $2 trillion, eight-year “American Jobs Plan,” to be unveiled Wednesday, contains money for a smorgasbord of interests from roads to the power grid and will also include money for cleaning up abandoned mines — an obvious nod to coal state senators who could be the key to its passage.

Abandoned mine remediation would be particularly attractive for Sen. Joe Manchin, a Democrat whose support in a tightly locked Senate is key for movement on virtually any legislation, even under sped-up budget reconciliation procedures under which Republicans’ votes largely wouldn’t matter.

“Democrats face a dilemma in deciding whether to use the arcane budget reconciliation process to get around a potential GOP filibuster in the Senate.

The reconciliation process would potentially allow Democrats to push through another huge spending bill without any Republican support, as happened with the American Rescue Plan earlier this year.

Biden campaigned on uniting a divided country and he’s promised to try to find areas of agreement or compromise where he can work with Republicans. He would love to be able to hang a bipartisan accomplishment on his mantel to take back to voters as a promise kept.

At the same time, Biden’s window for achieving big legislative victories is quite narrow.

The president is enjoying an extended honeymoon period with high job approval numbers, but popularity is fleeting and Biden used some of his political capital on the $1.9 trillion COVID-19 relief bill. As the 2022 midterm elections draw closer, the politics will grow more frenzied and legislation will become even more difficult to pass. In a 50-50 Senate, Biden has to worry as much about losing one Democrat as he does about convincing Republicans to work with him.

There will be pressure from Democrats to go it alone at the first sign of GOP resistance, as the party feels an urgency to take advantage of their full control in Washington.

Sen. Chris Coons (D-Del.), who is close with Biden, has talked about moving the infrastructure bills in smaller pieces, hoping to gain Republican support for uncontroversial measures in a smaller package before moving on to the ambitious pieces Democrats hope to include on climate change and expanding access to health care and education.”

“The sweeping legislative package would be legacy-making for the nascent Biden administration, but it will face a steep climb up Capitol Hill, where time to pass major bills is already waning.

“There is a sense of spending fatigue on some quarters on Capitol Hill, not only among Republicans but some Democrats, as well,” said one Democratic political strategist.

Others might argue that now is the time to act and spend his political capital: Biden currently has high national approval ratings on his handling of the economy and Covid-19, according to new polling.

Biden will release details in a speech Wednesday in Pittsburgh about his proposal for federal investments in physical infrastructure, an issue that has drawn Republican support despite wariness over a pricey package so soon after passage of the $1.9 trillion Covid-19 relief plan.

Democrats, meanwhile, have been aiming for a broader package that could include policy changes on green energy, immigration and other issues — as well as make permanent some of the just-passed Covid-19 assistance such as child tax credits. Many are ready to bypass Republicans, if they have to.

Psaki told “Fox News Sunday” the White House had yet to settle on its legislative strategy, “but I will say that I don’t think Republicans in this country think we should be 13th in the world as it relates to infrastructure.””

“Roads, railways, rebuilding them, that’s not a partisan issue,” she said.