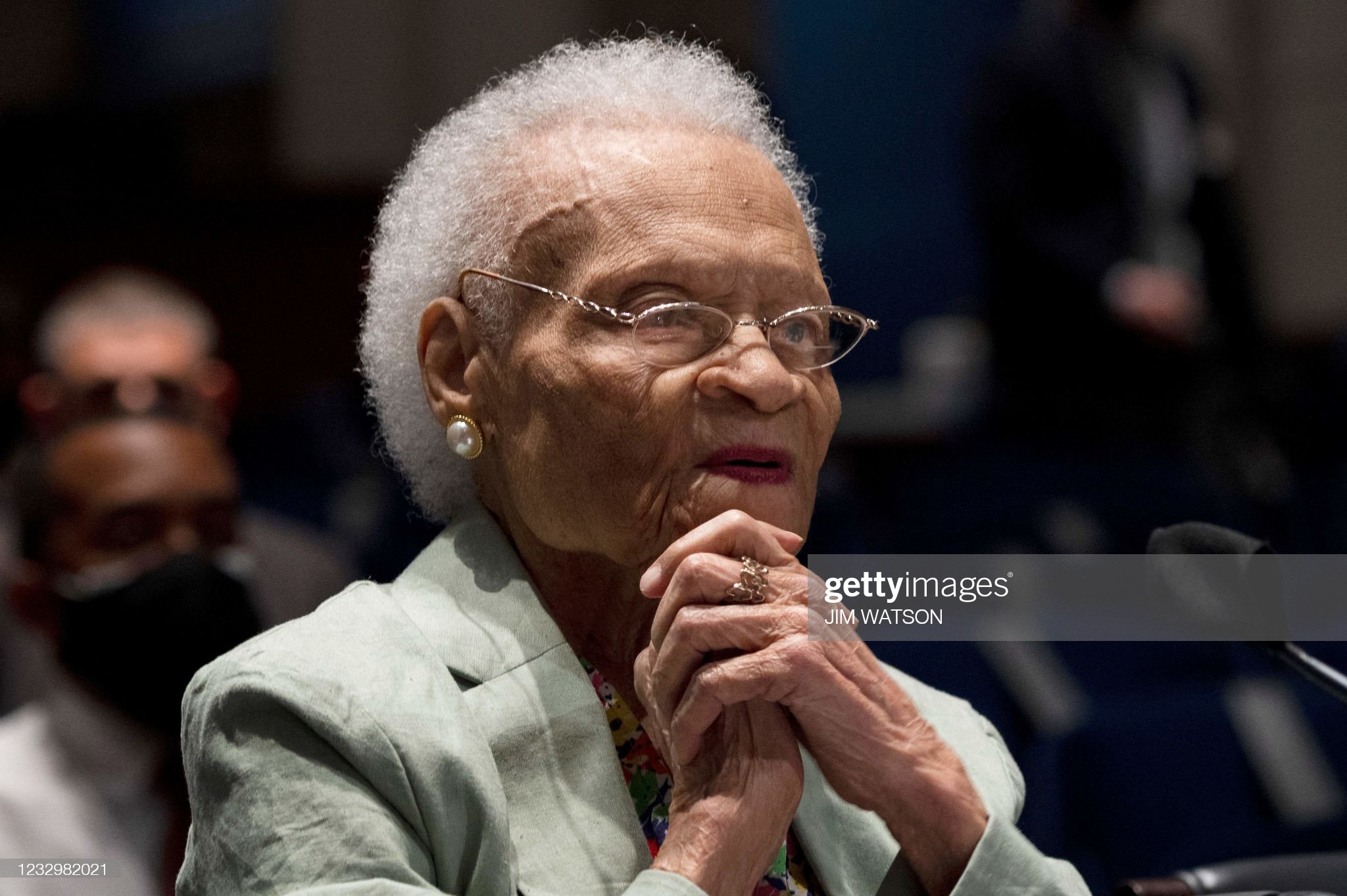 Today marks the 100th anniversary of the Tulsa Race Massacre which resulted in the destruction of the economically prosperous Black community in the Greenwood district (also called Black Wall Street) — a horrific event that still resonates to this day. Click below for the NBC story:

“Just decades after slavery in the United States left Black Americans in an economic and societal deficit, one bright spot stood out in Tulsa, Oklahoma — its Greenwood District, known as the “Black Wall Street,” where Black business leaders, homeowners, and civic leaders thrived.

But 100 years ago, on May 31, 1921, and into the next day, a white mob destroyed that district, in what experts call the single-most horrific incident of racial terrorism since slavery.

An estimated 300 people were killed within the district’s 35 square blocks, burning to the ground more than 1,200 homes, at least 60 businesses, dozens of churches, a school, a hospital and a public library, according to a report issued by Human Rights Watch.

At least $1.4 million in damages were claimed after the massacre, or about $25 million in today’s dollars, after controlling for inflation and the current economy, but experts say it’s an underestimation.

Survivors never received government assistance or restitution for their losses. The House Judiciary Subcommittee on the Constitution, Civil Rights, and Civil Liberties held a hearing on the issue May 19 in which three remaining known survivors, experts and advocates called on Congress to issue reparations to the living survivors and all descendants to rectify the lasting impact of the massacre.

“I had everything a child could need,” Viola Ford Fletcher, 107, told the committee. “The night of the massacre, I was awakened by my family. My parents and five siblings were there. I was told we had to leave and that was it. I will never forget the violence of the hate mob when we left our home. I still see Black men being shot, Black bodies lying in the street. I still smell smoke and see fog. I still see Black businesses being burned. I still hear airplanes flying overhead. I hear the screams. I live through the massacre every day. Our country may forget this history, but I cannot.”

O.W. Gurley, a wealthy Black landowner, purchased 40 acres of land in Tulsa in 1906 and named the area Greenwood. Its population stemmed largely from formerly enslaved Black people and sharecroppers who relocated to the area fleeing the racial terror they experienced in other areas.

Looking back at the Tulsa Race Massacre a century later

But Oklahoma, which became a state in 1907, was still staunchly segregated at the time. So as Gurley opened a boarding house, grocery stores and sold land to other Black people, they secured their own houses and opened businesses. The population grew to 11,000 and the area became an economic powerhouse affectionately called “Black Wall Street.”

Hannibal Johnson, author of “Black Wall Street: From Riot to Renaissance in Tulsa’s Historic Greenwood District,” said the area thrived as an ancillary economy that kept money within the community. Even those who worked outside of Greenwood only spent their money in the area, reinvesting in the neighborhood, he said.

“The district really took off as an economic and entrepreneurial kind of Mecca for Black folks because this was an era of segregation,” he said. “Black folks were shut out from the dominant white-led economy in what I call an economic detour. In other words, when they approached the gate of economic opportunity at the white dominated downtown Tulsa economy, they were turned away. So they created their own insular economy in the Greenwood district and blossomed because dollars were able to circulate and recirculate within the confines of the community because there really was not much of an option, given the segregation that existed here and elsewhere.”

This prosperity continued through the years even as racial terrorism around Tulsa grew, the Ku Klux Klan gained power, and Oklahoma’s Supreme Court regularly upheld voting restrictions such as poll taxes and literacy tests for Black voters. By 1919, white civic leaders sought Greenwood’s land for a railroad depot or other uses.