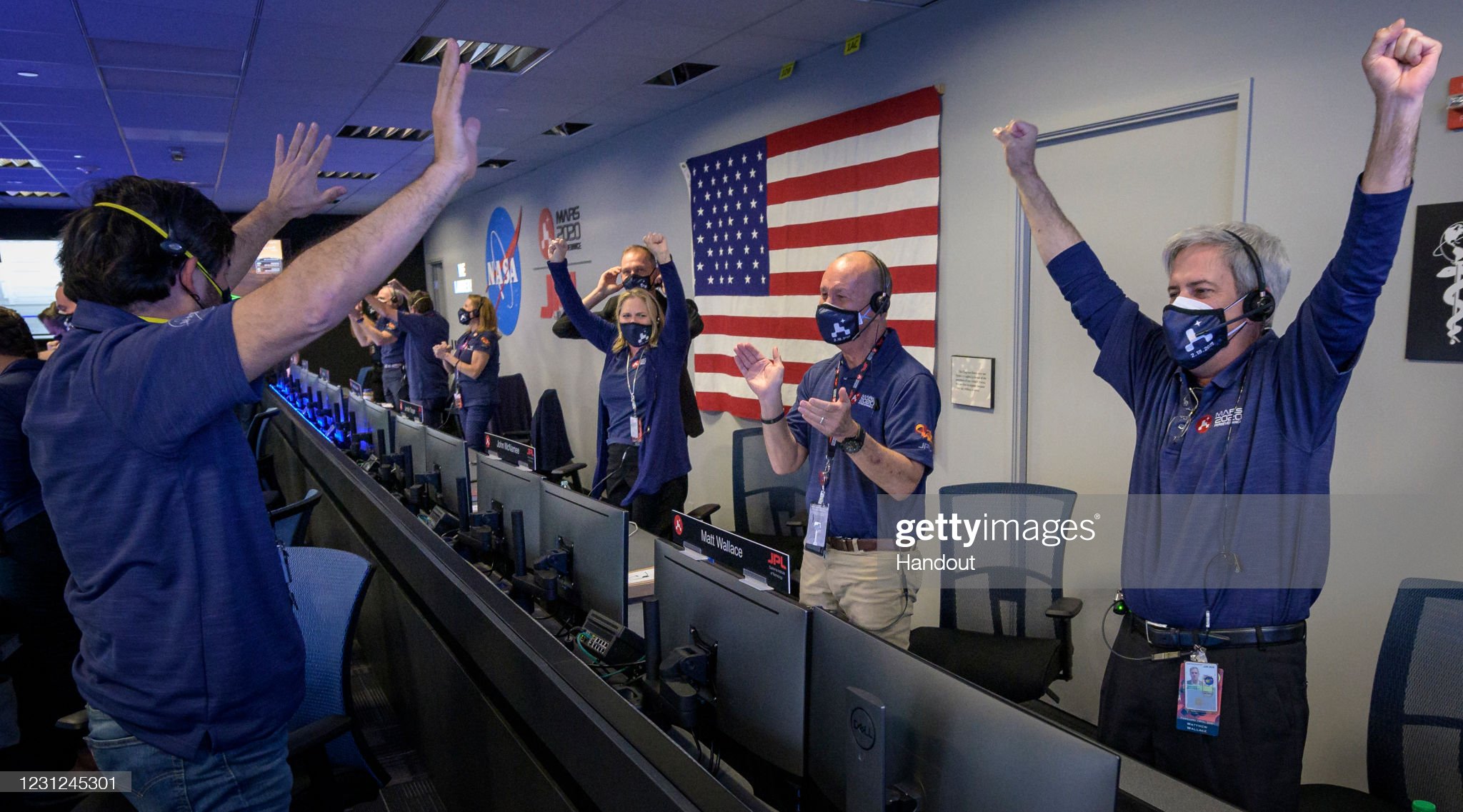 NASA successfully landed its Perseverance Rover on Mars. Per CNN:

The NASA Perseverance rover safely landed on Mars after its 292.5 million-mile journey from Earth, the agency confirmed at 3:55 p.m. ET Thursday. The rover landed itself flawlessly, according to the mission’s team.

“Percy,” as the spacecraft is affectionately called at mission control, sent back its first images of the landing site immediately after touchdown, which shows the rover’s shadow on the surface of its landing site of Jezero Crater.
The rover has been on a nearly 300 million-mile journey since it left Earth more than 6 months ago. Perseverance and her teams lived up to the namesake, overcoming the challenges of preparing for the journey’s final stages during a pandemic.
“This landing is one of those pivotal moments for NASA, the United States, and space exploration globally — when we know we are on the cusp of discovery and sharpening our pencils, so to speak, to rewrite the textbooks,” said acting NASA Administrator Steve Jurczyk.
“The Mars 2020 Perseverance mission embodies our nation’s spirit of persevering even in the most challenging of situations, inspiring, and advancing science and exploration. The mission itself personifies the human ideal of persevering toward the future and will help us prepare for human exploration of the Red Planet in the 2030s.”
President Joe Biden called Jurczyk and said, “Congratulations, man,” and shared his congratulations to the thousands of people involved in the mission.
Biden also tweeted about the landing: “Congratulations to NASA and everyone whose hard work made Perseverance’s historic landing possible. Today proved once again that with the power of science and American ingenuity, nothing is beyond the realm of possibility.”
Humanity’s love affair with Mars is an enduring one, full of wonder about the possibility of life on this mysterious neighboring planet. This historic mission can search for evidence that could give us the answer.
Perseverance is full of firsts. The search for signs of ancient life on Mars. The first helicopter fly on another planet. The first recordings of sound on the red planet.
The most sophisticated rover NASA has built to date has a packed agenda for the next few years.
The rover will explore Jezero Crater, the site of an ancient lake that …
Click here for the rest of the article.
Thanks for sharing !