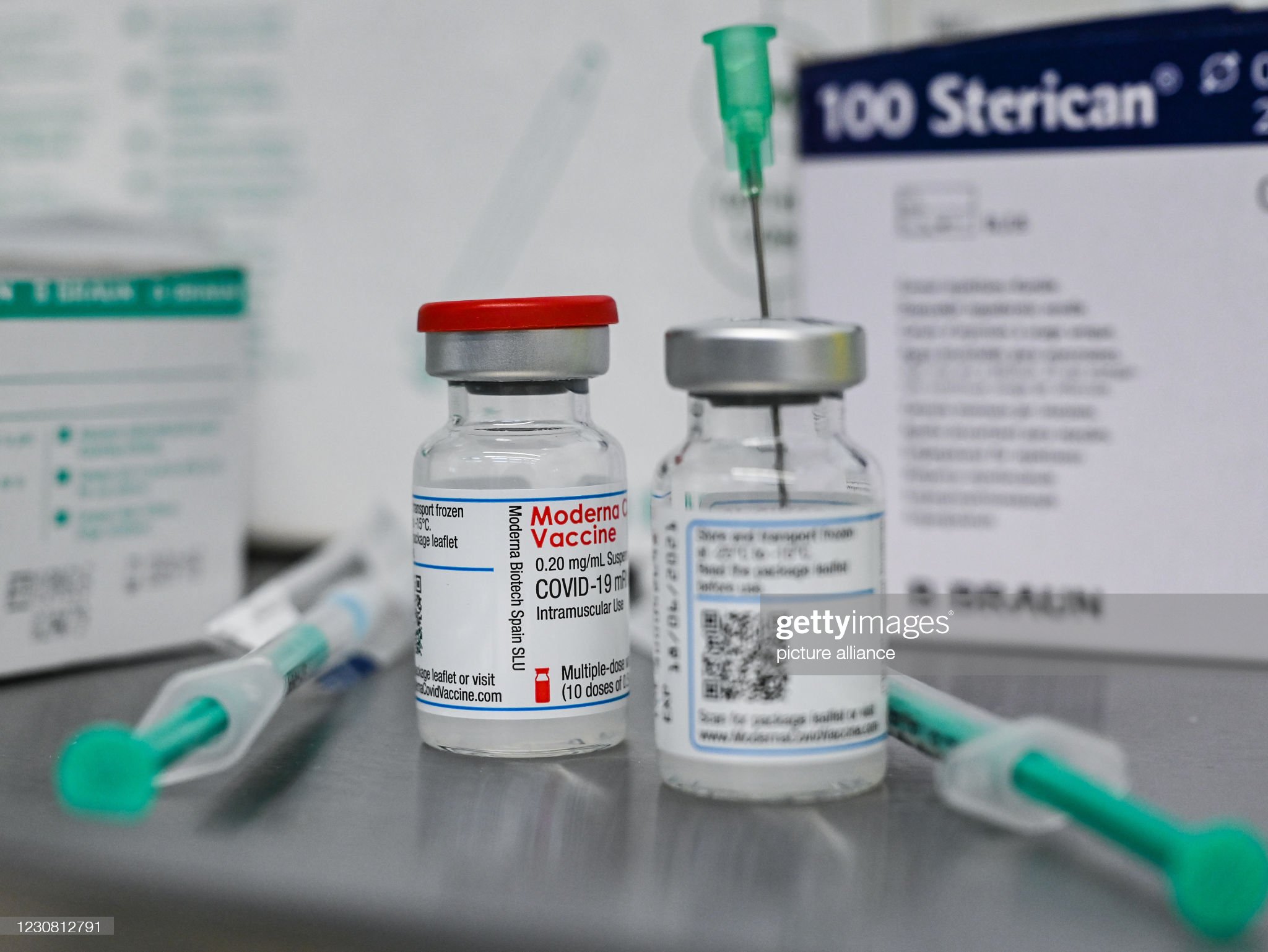 When he came into office, President Biden promised to reach 100m vaccine shots in his first 100 days. The Biden administration actually  shattered this goal on just the 50th day in office. When Pres. Biden came into office, the U.S. had the worst vaccine rollout in the world. Today, it has the best.

Per USA Today: The U.S. on Friday, March 12th, reported administering its 100 millionth COVID-19 vaccine as the World Health Organization reported 300 million global shots have been given.

About 1 in 4 U.S. adults have received at least one shot, and about 1 in 10 is fully vaccinated, according to data from the U.S. Centers for Disease Control and Prevention. An average of 2.2 million doses are being administered per day, up from about 1 million doses a day in mid-January.

Ramping up vaccinations is key to President Joe Biden’s goal of friends and families being able to join together in small groups for Fourth of July celebrations. “July 4th with your loved ones is the goal,” Biden said Thursday, stressing that “a lot can happen. Conditions can change.

America Could soon be Swimming in COVID-19 Vaccines

In just two months, the United States could be swimming in COVID-19 vaccine. The 500 million 0.5 or 0.3-milliliter doses expected to be shipped by then literally are enough to fill a 55,000-gallon swimming pool.

As hard as it is to imagine now as people frantically call, click and line up to get vaccinated, the nation is close to shifting from a situation of scarcity to one of abundance.

“It’s not a switch that flips, but it’s a sliding scale that happens differently community by community,” said Andy Slavitt, White House senior adviser for the COVID Response Team. “This is not something that will start at some magical day in the future. It has begun today, and it’s something that we have to make sure we’re addressing.”

The announcement comes as the White House looks to speed the production of the single-dose vaccine. Officials have said J&J faced unexpected production issues with its vaccine and produced only 3.9 million doses ahead of its receiving emergency use authorization on Saturday. The company says it is on pace to deliver 100 million doses by the end of June.

The assistance from Merck was expected to help J&J meet its production commitments and expand supply even further, but the administration did not immediately provide specifics.

he Food and Drug Administration has approved Johnson & Johnson’s Covid-19 vaccine for emergency use, giving the United States a third tool to fight the pandemic as highly contagious variants start to take root across the country.

The FDA’s emergency use authorization Saturday kickstarts the federal government’s plan to distribute nearly 4 million doses of J&J’s vaccine to states, pharmacies and community health centers across the nation next week. Unlike Pfizer’s and Moderna’s vaccines, J&J’s one-dose regimen eliminates the need for patients to return for a second dose and it can be stored at refrigerator temperatures for months.

J&J’s vaccine “makes it operationally easier in lots of contexts,” Dr. Nancy Messonnier, director of the CDC’s National Center for Immunization and Respiratory Diseases, told the Journal of the American Medical Association during a Q&A event on Friday. “I expect lots of considerations state health departments are having around these vaccines is more about the ease of use of the J&J vaccine and how it might be better suited for some populations.”

Initially, doses would be limited, J&J has said. The company expects to deliver 20 million doses by the end of March, J&J’s vice president of U.S. medical affairs, Dr. Richard Nettles, told House lawmakers on Tuesday. J&J has a deal with the U.S. government to supply 100 million doses of its vaccine by the end of June, and U.S. officials say they are working with the company to ramp up supply as quickly as possible.

The coronavirus vaccine made by Johnson & Johnson provides strong protection against severe disease and death from Covid-19, and may reduce the spread of the virus by vaccinated people, according to new analyses released Wednesday by the company and the Food and Drug Administration.

The reports provided confirmation of the initial results announced by Johnson & Johnson late last month, indicating that the United States is likely to soon have access to a third coronavirus vaccine developed in under a year. The F.D.A. could authorize the vaccine as early as Saturday, depending on a vote by its vaccine advisory panel on Friday, and distribution could begin within days.

If cleared, the vaccine would reach a number of firsts for the U.S. pandemic. Unlike the authorized vaccines made by Pfizer-BioNTech and Moderna, which require two doses, Johnson & Johnson’s is just a single shot, allowing the number of fully vaccinated Americans to rapidly increase once it is deployed. More than 44 million Americans have received at least one dose of the Moderna and Pfizer vaccines, but only around 20 million have received a second dose.

In an analysis released Wednesday, the US Food and Drug Administration said the Johnson & Johnson Covid-19 vaccine has met the requirements for emergency use authorization — another step toward the authorization of a third shot for the United States.

The efficacy of the Johnson & Johnson vaccine against moderate to severe/critical Covid-19 across all geographic areas was 66.9% at least 14 days after the single-dose vaccination and 66.1% at least 28 days after vaccination, according to the analysis, which is meant to brief the FDA’s Vaccines and Related Biological Products Advisory Committee.
The committee is an independent group that determines if the vaccine works and if it’s safe. After the group meets Friday, it will make its authorization recommendation to the FDA, which typically follows the recommendation.

The Biden administration announced Tuesday that it is further increasing the weekly vaccine shipments the federal government sends to states.

The team tweeted that the figure is “an increase of almost 70% since we took office just over a month ago.”

Covid-19 vaccine distribution rates in the U.S. are likely to accelerate in the coming months to potentially twice the amount now being administered, as vaccine manufacturers project substantial boosts in production and the White House increases the number of doses it sends out to states.

Vaccine manufacturers Pfizer and Moderna testified to Congress Tuesday they’re both on track to deliver 300 million doses each by the end of July—which would vaccinate 300 million people, since both shots require two doses—and manufacturing improvements will let them increase the number of vaccines they’re able to ship out even sooner.

If the Johnson & Johnson vaccine is approved after the Food and Drug Administration discusses it later this week, the company is on track to provide enough of the single-shot vaccine to cover 20 million Americans by the end of March and 100 million in the first half of 2021, Dr. Richard Nettles, Vice President of U.S. Medical Affairs at Johnson & Johnson’s Janssen Infectious Diseases and Vaccines, testified.

The federal government is steadily increasing the number of vaccines it distributes to states, announcing Tuesday states will receive 14.5 million doses this week—up from 13.5 million last week and 8.6 million in Biden’s first week in office, an increase of nearly 70%.

Bloomberg projects there will be enough vaccine supply to vaccinate 130 million Americans by the end of March based on the three companies’ projections, and approximately 200 million people by April 30.

Despite the 95 percent effectiveness at preventing coronavirus infection after two doses of its vaccine, Pfizer is now seeing what a third dose might do.

The company announced Thursday that a booster dose is being studied among people who received their first doses of the vaccine more than six months ago.

In an interview with NBC News’ Lester Holt, Pfizer CEO Albert Bourla said the hope is that a third dose will boost the immune response even higher, offering better protection against variants.

“We believe that the third dose,” Bourla said, “will raise the antibody response 10- to 20- fold.”

The new study will monitor the safety and efficacy of a third dose in two age groups: those 18 to 55 and those 65 to 85. The participants come from a group of people who were among the first to receive the Pfizer-BioNTech vaccine: people who volunteered for Pfizer’s initial Phase 1/2 clinical trial, which began in May.

The third shot will be exactly the same as what participants got a year ago.

The first shipment of Covid-19 vaccines delivered through the World Health Organization’s COVAX program arrived in Ghana on Wednesday, a hopeful turning point for developing countries that risk being left behind in the global race for vaccinations against a virus that has killed nearly 2.5 million people worldwide.

The flight brought 600,000 doses of the AstraZeneca vaccine, one considered far easier to distribute to developing nations since it doesn’t require extremely cold storage temperatures like the Pfizer–GenTech and Moderna vaccines.

The vaccines delivered Wednesday will be prioritized for front-line medical workers, people over 60, and those with preexisting health conditions, according to Ghana’s Information Ministry.

“Today marks the historic moment for which we have been planning and working so hard,” UNICEF Executive Director Henrietta Fore said in a joint statement by her agency and the WHO Ghana.