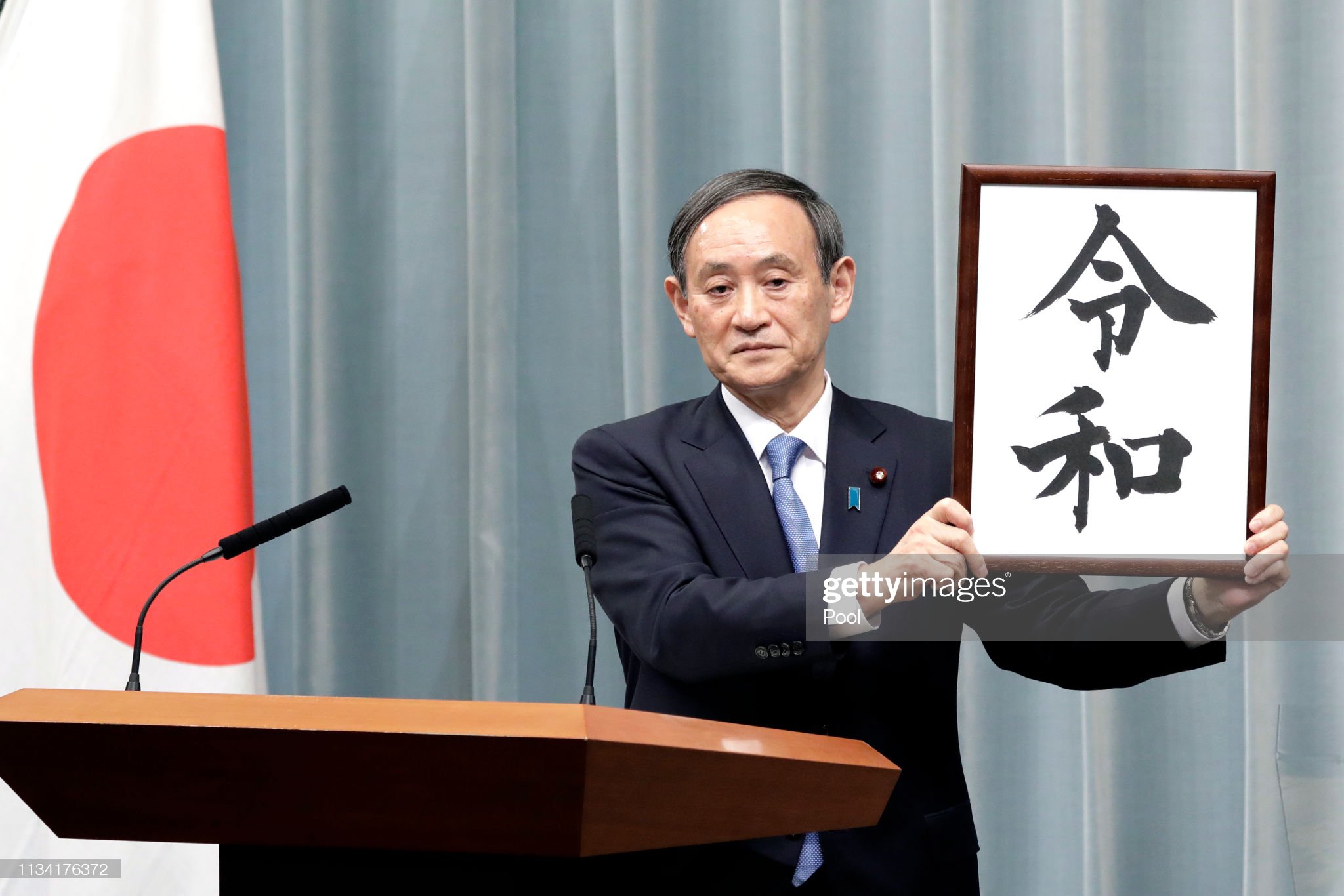 Suga was voted in as the new leader of the ruling Liberal Democratic Party (LDP), securing about 70% of the votes, paving the way for the 71-year-old to become Prime Minister in a parliamentary vote later this week. Former foreign minister Fumio Kishida and former defense minister Shigeru Ishiba were the other two candidates running.

Japan is not a presidential system — the country’s leader is chosen by parliamentarians, and the national legislature will formally select the Prime Minister on Wednesday.  While most analysts do not foresee major ideological differences, the biographical differences between Abe and Suga are quite stark. Abe comes from an elite family. His father as Shinatro Abe, who was a leading member of the ruling Liberal Democratic Party (LDP) and  served as foreign minister from 1982 to 1986. In comparison, Suga’s origins are more humble — son of a strawberry farmer and a schoolteacher from the country’s rural north.

TOKYO — Yoshihide Suga charted an unlikely course to the cusp of Japan’s premiership.

While most leading Japanese lawmakers come from elite political families, Mr. Suga is the son of a strawberry farmer and a schoolteacher from the country’s rural north. He is known more for expressionless recitations of government policy than flashes of charisma. And at 71, he’s even older than Shinzo Abe, who suddenly announced in late August that he was resigning as prime minister because of ill health.

Yet on Monday, Mr. Suga, the longtime chief cabinet secretary to Mr. Abe, was overwhelmingly elected as leader of the conservative Liberal Democratic Party during a conclave at a luxury Tokyo hotel. The party has governed Japan for all but four years since World War II and controls Parliament, virtually assuring that Mr. Suga will be elected prime minister during a special session this week.

He will have to hit the ground running.

Mr. Suga will take office in the middle of a pandemic that has devastated Japan’s economy, effectively erasing years of growth under Mr. Abe. Japan also is facing deepening pressure from China and North Korea. And it is losing a prime minister who built his foreign policy legacy partly on successful management of President Trump, the mercurial leader of Japan’s most important strategic ally.

While Mr. Suga has vowed to pick up where Mr. Abe left off, but he has never clearly articulated his own vision for Japan, the world’s third-largest economy.

“Generally, politicians have at least a facade of expressing ideals,” said Megumi Naoi, an associate professor of political science at the University of California, San Diego, who said she would usually expect “policy statements about the ‘type of world that I want to see.’”

Despite nearly a quarter-century in national politics, Mr. Suga, who served essentially as Mr. Abe’s chief of staff and as the main government spokesman, “hasn’t really come out with very strong policies,” Ms. Naoi said.

Still, news of his ascendance appeared to have reassured the nation after a string of revolving-door prime ministers. And in Japan, where stability often outweighs ideology, Mr. Suga appealed to a tradition-bound political establishment that resists change.

“How quickly the talk coalesced toward Suga,” said Mireya Solis, director of the Center for East Asia Policy Studies at the Brookings Institution in Washington, “shows his political acumen.”

In many ways, Mr. Suga seems like yet another in a long line of dour Japanese politicians. The most exciting nugget to emerge in recent news reports is the revelation that Mr. Suga, a teetotaler with a sweet tooth, starts and ends each day with 100 situps. On his website he says he likes river fishing and karate.

Mr. Suga, who declined a request for an interview, has promised to pursue some of the departing prime minister’s most cherished goals. He is expected to further push for a revision of Japan’s pacifist Constitution and the return of Japanese citizens kidnapped by North Korea. He has also said he would roughly stick to Mr. Abe’s signature economic formula, known as Abenomics, combining easy monetary policy, government spending and structural changes of industries like agriculture.

After showing a tiny sign that he might stake out new policy — a potential increase in a tax that has hampered consumer spending — Mr. Suga quickly backtracked.

With global turbulence from the coronavirus pandemic and rising geopolitical threats in Asia, many Japanese may feel that a successor who stays the course may be just what the country needs.

“Japan is not a country with revolutionary reform taking place very often,” said Christina L. Davis, director of the Program on U.S.-Japan Relations at Harvard. “Especially in times of crisis and uncertainty, being seen as a stable crisis manager could be an asset.”

Mr. Suga may epitomize the status quo, but he has been a catalyst for significant change.

He is credited with helping Mr. Abe push through contentious security laws that allow Japan’s military to join overseas combat missions alongside allies. He was also considered a strong proponent of a bill, passed two years ago, authorizing a sharp increase in the number of foreign workers permitted in Japan.

Some glimpses of his political hand have raised concerns.

Critics say Mr. Suga was the architect behind some of Mr. Abe’s more authoritarian impulses, including his consolidation of power over Japan’s extensive bureaucracy and tactics to silence criticism in the news media.

With Mr. Suga as prime minister, Mr. Maekawa predicted, “bureaucrats will be servants or act as a private military.”

But perhaps the biggest question — which arose after Mr. Suga became the front-runner — is just how long he might last. The answer may hinge on, among other things, his handling of the pandemic, the postponed Tokyo Olympics and the increasing tensions with China.

There are suggestions that Mr. Suga might call a snap election soon after he takes over. If successful, he could strengthen his hold on power.

If not, said Ken Hijino, a professor of law at Kyoto University, “maybe this is just an interim leader, and they will come up with some surprise younger, more attractive face to go into the general election.”

But for now, Mr. Suga appears to enjoy considerable public support, with more than 50 percent of those surveyed in a national poll last week backing him to be [the new Japanese] prime minister.

While voters see Mr. Suga and Mr. Abe as something of a pair, their family backgrounds could hardly be more different.

Mr. Abe is a third-generation politician and the grandson of a prime minister; Mr. Suga had an unremarkable upbringing in rural Akita Prefecture, along with two older sisters and a younger brother.

“He was so quiet that no one paid attention to him,” said Hiroshi Kawai, a high school classmate who now works as a tour guide in Mr. Suga’s hometown, Yuzawa City.

“We have such proverbs as ‘great talents are slow to mature’ and ‘a wise falcon hides its talons,’” Mr. Kawai said in a telephone interview. “Now, I realized that those words were created for Mr. Suga.”

According to a biography by the writer Isao Mori, Mr. Suga’s father suggested he work on the family farm, but Mr. Suga decided to move to Tokyo. He took odd jobs, first with a cardboard company and then driving trucks at the old Tsukiji fish market, before enrolling at Hosei University.

When he decided to pursue politics, lacking family connections, he asked the career services center for an introduction to a member of Parliament.

In 1975, Mr. Suga took a job as secretary to Hikosaburo Okonogi, a member of the House of Representatives from Yokohama, Japan’s second-largest city. His duties included buying cigarettes and parking cars.

He also quickly learned how to cater to a constituency. At Mr. Suga’s wedding to his wife, Mariko, in 1980, according to Mr. Mori’s biography, a supporter of Mr. Okonogi said he had bought shoes for Mr. Suga because he “quickly wore them down” going door to door to visit voters in the district.

The Sugas have three sons, but in a debate last week, Mr. Suga admitted that he had rarely been home as they were growing up.

In 1987, he ran for a seat on the City Council in Yokohama, where he became known as a “shadow” Yokohama mayor. He helped develop transportation links to the port and pushed to reduce waiting lists at city day-care centers.

“He has four eyes and four ears,” Koichi Fujishiro, a former chairman of the Yokohama City Council, said in a telephone interview. “He worked from morning to late at night.”

In 1996, Mr. Suga leapt to national politics, winning a seat in the lower house of Parliament. During Mr. Abe’s first, fumbling stint as prime minister, from 2006 to 2007, Mr. Suga served as minister of internal affairs and telecommunications. Even after Mr. Abe left office following a series of scandals, Mr. Suga remained loyal.

Mr. Abe rewarded that loyalty when he came back as prime minister in 2012 and chose Mr. Suga as his chief cabinet secretary. According to Kenya Matsuda, author of “Shadow Power: Chief Cabinet Secretary Yoshihide Suga,” Mr. Suga urged Mr. Abe to focus on the economy rather than the nationalist agenda that had consumed his first term.

Last year, Mr. Suga took some steps to come out of the shadows. When the government officially unveiled the name of the new era to mark the enthronement of Emperor Naruhito, it was Mr. Suga who dramatically revealed a calligraphic rendering of the name, Reiwa, earning him the sobriquet “Uncle Reiwa.”

Mr. Suga has also trumpeted his brainchild, a system that allows citizens to donate money to local governments in exchange for locally sourced gifts. Many small-town governments, however, have lost money by spending more on gifts like marbled Wagyu beef or shipments of fresh lobsters than they raised in donations.

On foreign policy, Mr. Suga has worked to fill holes in his portfolio. He visited Washington last year, the first chief cabinet secretary to make such a trip in three decades.

For Mr. Abe, personal diplomacy with President Trump was crucial. If Mr. Trump wins re-election, the question, said Ms. Solis of the Brookings Institution, “is whether Suga can work the magic, or whether that was a bromance between Trump and Abe not to be repeated again.”