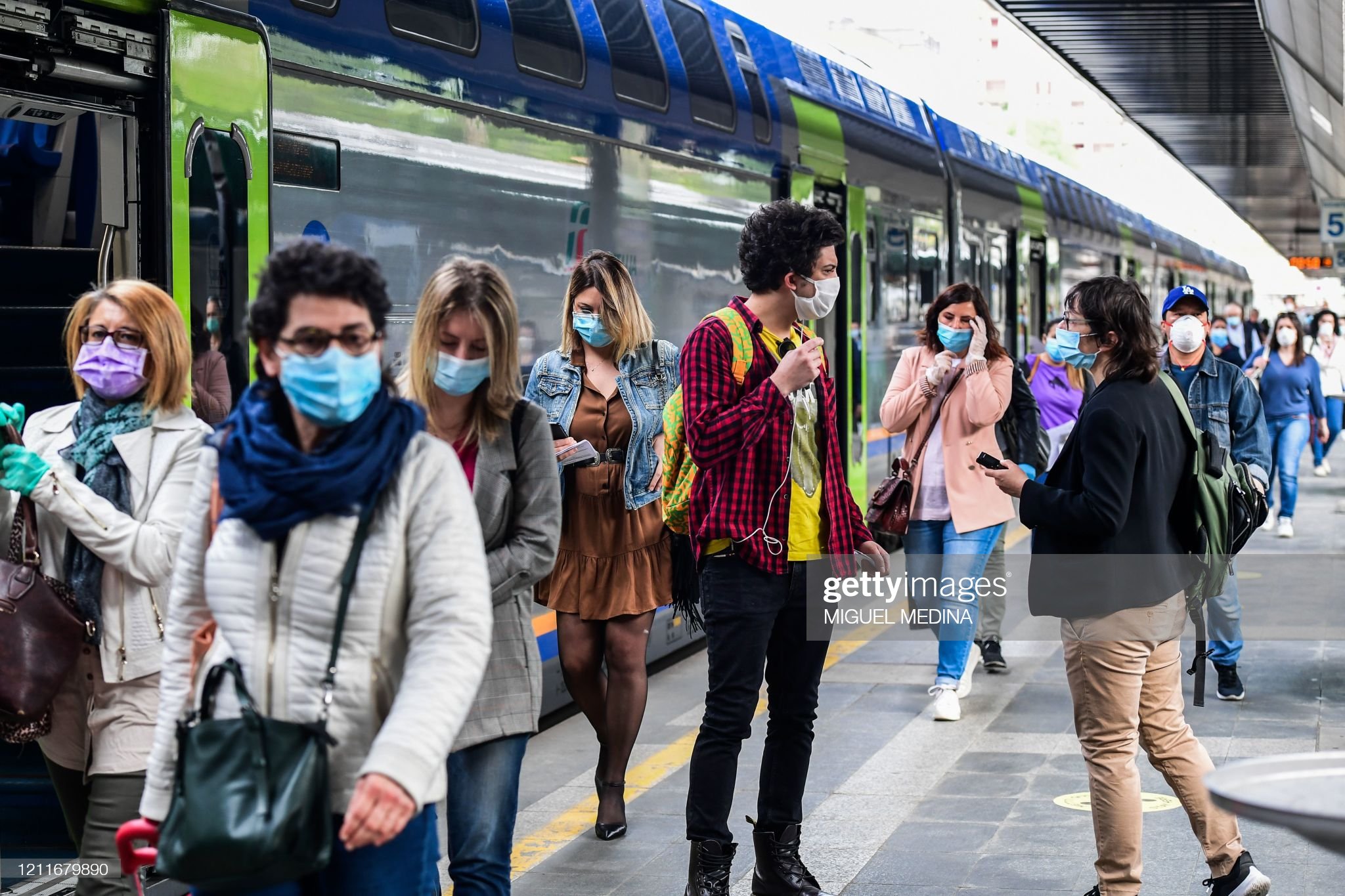 Herd Immunity (HI) is a phrase that you tend to hear a lot these days and it’s become a controversial issue during the COVID-19 pandemic, especially in Sweden and the UK which attempted HI. But what exactly is Herd Immunity and how does it factor into the current COVID-19 pandemic? Let’s take a closer look. (EDITOR’S NOTE: For more information on TBG’s COVID-19 solutions, just send an email.)

What is Herd Immunity?

“Herd immunity occurs when a significant portion of a population becomes immune to an infectious disease, limiting further disease spread. 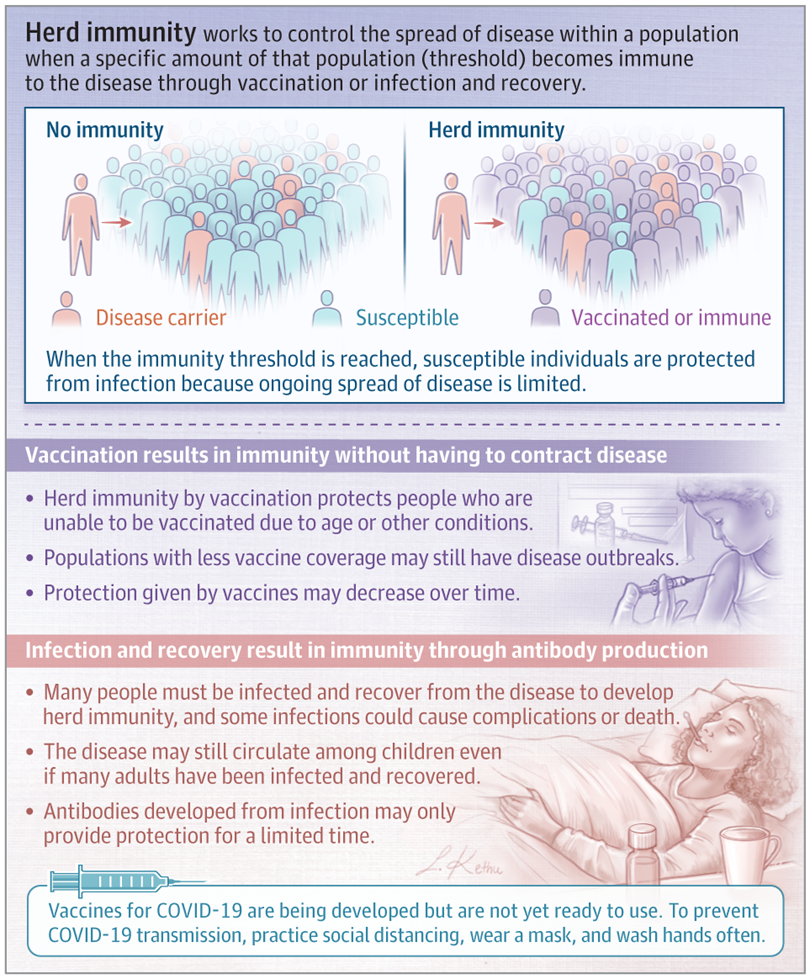 How is HI Achieved?

“Herd immunity may be achieved either through infection and recovery or by vaccination. Vaccination creates immunity without having to contract a disease. Herd immunity also protects those who are unable to be vaccinated, such as newborns and immunocompromised people, because the disease spread within the population is very limited. Communities with lower vaccine coverage may have outbreaks of vaccine-preventable diseases because the proportion of people who are vaccinated is below the necessary herd immunity threshold. In addition, the protection offered by vaccines may wane over time, requiring repeat vaccination.

Achieving herd immunity through infection relies on enough people being infected with the disease and recovering from it, during which they develop antibodies against future infection. In some situations, even if a large proportion of adults have developed immunity after prior infection, the disease may still circulate among children. In addition, antibodies from a prior infection may only provide protection for a limited duration.

People who do not have immunity to a disease may still contract an infectious disease and have severe consequences of that disease even when herd immunity is very high. Herd immunity reduces the risk of getting a disease but does not prevent it for nonimmune people.”

What is the Scientific/Medical Assessment of  COVID-19 and HI?

According to most scientific and medical sources,  adopting Herd Immunity as the course of action for COVID-19 would be disastrous. Take a look at what Dr. Fauci said per this CNBC article excerpted below:

“Letting the coronavirus rip through the U.S. population unchecked to infect as many people as possible to achieve so-called herd immunity would cause a lot of unnecessary deaths and the idea is “nonsense” and “dangerous,” the nation’s top infectious disease expert said Thursday.

“I’ll tell you exactly how I feel about that,” Dr. Anthony Fauci, director of the National Institute of Allergy and Infectious Diseases, said when asked about whether herd immunity is a viable strategy for the U.S. to adopt. “If you let infections rip as it were and say, ‘Let everybody get infected that’s going to be able to get infected and then we’ll have herd immunity.’ Quite frankly that is nonsense, and anybody who knows anything about epidemiology will tell you that that is nonsense and very dangerous,” Fauci told Yahoo News.

Herd immunity happens when enough of the population is immune to a disease, making it unlikely to spread and protecting the rest of the community, the Mayo Clinic says. It can be achieved through natural infection — when enough people are exposed to the disease and develop antibodies against it — and through vaccinations.

Most scientists think 60% to 80% of the population needs to be vaccinated or have natural antibodies to achieve herd immunity, global health experts say. However, the nation’s top health experts have said a majority of Americans remain susceptible to a coronavirus infection.

“With this idea of herd immunity, this is a phrase that’s used when you use vaccination. When you vaccinate a certain amount of the population to be able to protect the rest of the population that isn’t able to get that vaccine,” Maria Van Kerkhove, head of the World Health Organization’s emerging diseases and zoonosis unit, told CNN’s “New Day” on Thursday.

Despite those concerns, a senior White House official briefing reporters on a call Monday mentioned an online movement called the “Great Barrington Declaration,” which favors herd immunity, NBC News reported. Health and Human Services Secretary Alex Azar has previously said that herd immunity “is not the strategy of the U.S. government with regard to coronavirus.”

The Barrington declaration, however, assumes that people who are vulnerable to serious illnesses live in facilities like nursing homes where they can be protected, but “that doesn’t work,” Fauci said.

That’s because in the population, roughly one-third of people are prone to developing serious side effects from Covid-19, including people who are elderly, obese, have underlying health conditions like heart disease and so forth, he said.

“By the time you get to herd immunity you will have killed a lot of people that would’ve been avoidable,” he said.

Fauci said that he has made his position on herd immunity known with the White House and added that Dr. Deborah Birx, the administration’s coronavirus task force coordinator, and Dr. Robert Redfield, director of the U.S. Centers for Disease Control and Prevention, agree.

“All three of us are very clearly against that,” he said.

What is the Likely Cost?

According to MedPage Today:

“Currently, the U.S. has a case fatality rate of about 3%, based on 187,000 deaths and 6.2 million infections; however, the infection fatality rate is likely lower since most asymptomatic infections probably aren’t detected. The CDC uses 0.65% in its pandemic planning scenarios. 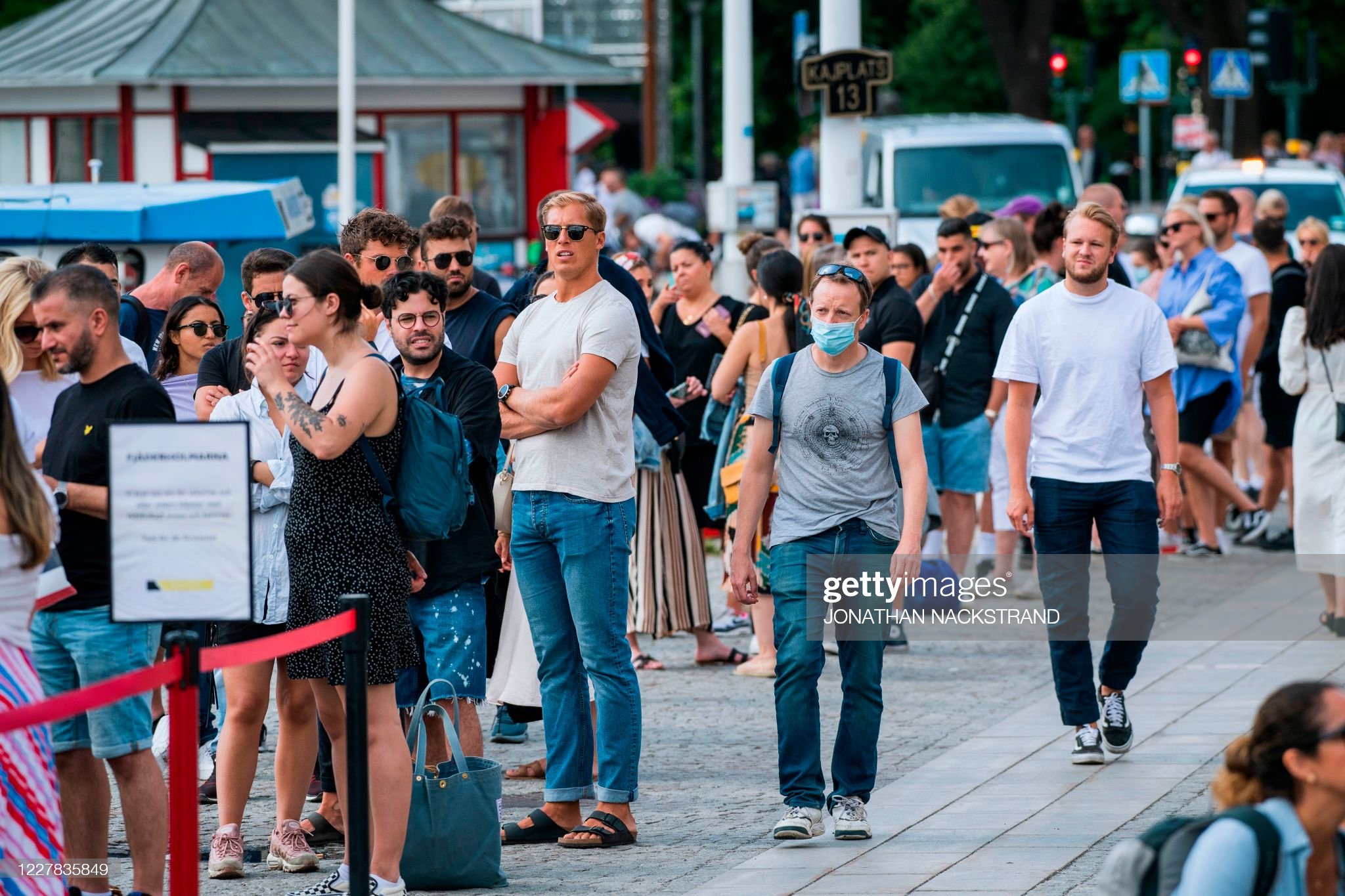 Have Any Countries Experimented with Herd Immunity?

Some countries (e.g. Sweden) have experimented with Herd Immunity and others (e.g. the UK, the U.S.) have flirted with it. As it stands right now, the Sweden experiment has not succeeded. Here is what The Independent reported. Excerpts below:

“It is “futile and immoral” to seek herd immunity as a protection from a pandemic, and the transmission of an infectious disease like Covid-19 cannot be fully halted without a vaccine, Sweden‘s chief epidemiologist Anders Tegnell has said.

During the first wave of Covid-19 outbreaks in Europe earlier this year, Sweden decided against a national lockdown and its schools, restaurants, and shops remained open. However, people aged over 70 were cautioned to limit their social contacts.

Die Zeit reported that Dr Tegnell, who was the key person behind that approach, said Sweden is now at a critical juncture as the number of daily cases has increased by 70 per cent in a week.

Despite a rise in cases, Dr Tegnell said the curve was rising less steeply than in other countries and has not led to more people needing hospital admissions.

According to the World Health Organisation, Sweden has so far recorded more than 115,785 cases of coronavirus including 5,918 deaths. Globally, over 44 million Covid-19 cases including 1.1 million deaths have been recorded.

Other major European countries like France, Germany and the UK have also noted a record spike in coronavirus cases recently. France has announced a nationwide lockdown until 1 December while Germany too has declared a lighter version of its initial strict lockdown.

Last week, Sweden had its first regional lockdown when around 170,000 citizens of Uppsala, a town near Stockholm, were asked to work from home. They were also asked to avoid social gatherings, physical contact and public transport. Though Dr Tegnell claimed it is not a lockdown as it is not shutting down of the whole society.

It was also reported that an analysis by Swedish authorities found that about 70 per cent of Covid-19 deaths in June were related to care homes for older people.

Despite this finding, on 1 October the ban on visiting Sweden’s 1,700 care homes was lifted.

Earlier, the chief epidemiologist had stated that there was a mixed picture on immunity and emphasised that the spread of coronavirus in society is very uneven.

Why is there a Herd Immunity Controversy Right Now in the U.S.?

Most of the controversy is based on the Trump administration’s apparent embrace of Herd Immunity via Dr Scott Atlas, an advisor to the COVID-19 Taskforce. Per The Daily Beast:

“Despite publicly downplaying it, President Donald Trump and his team of White House advisers have embraced the controversial belief that herd immunity will help control the COVID-19 outbreak, according to three senior health officials working with the White House coronavirus task force. More worrisome for those officials: they have begun taking steps to turn the concept into policy.

Officials say that White House adviser Scott Atlas first started pushing herd immunity this past summer despite significant pushback from scientists, doctors and infectious disease experts that the concept was dangerous and would result in far more Americans getting sick and dying. Since then, various White House advisers have tried to play down the idea that the administration has implemented a strategy for COVID-19 based on herd immunity, which holds that if enough people contract a disease and become immune from it, then future spread among the broader population will be reduced.”

“Herd immunity? Sweden model? Sweden had a higher death rate than Denmark, Norway, and Finland, AND its economy did worse. The only alternative to controlling the virus is more deaths and more economic devastation. Choose health. Dr. Atlas, a radiologist, has no training or expertise in infectious diseases, but what he does have are the words the President wants to hear: you can let the virus spread widely throughout the US if you just try to keep the elderly safe, open up everything and let ‘er rip,” he tweeted.