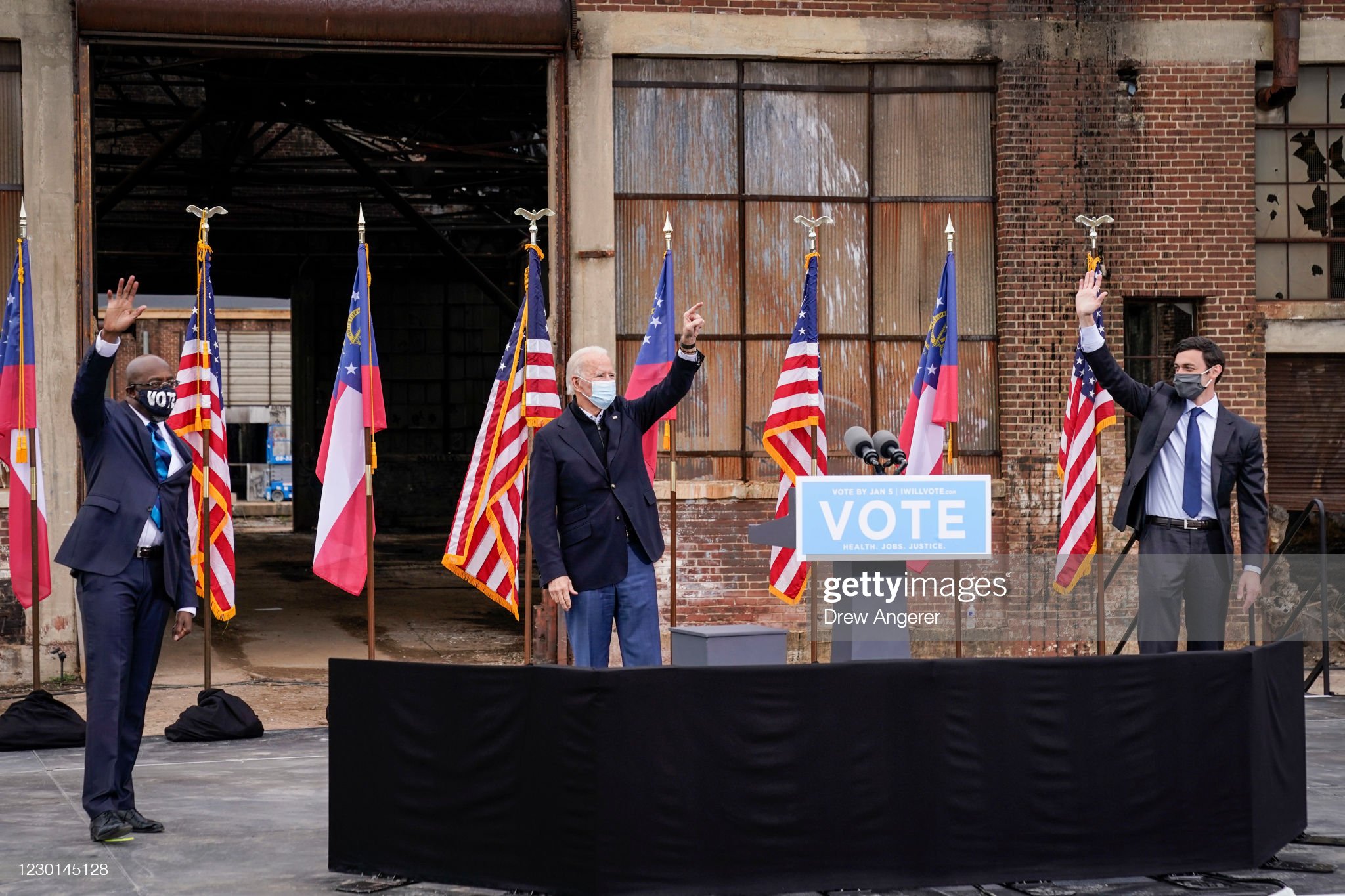 The much-anticipated Georgia Senate runoffs take place today and promises to be a nail-biter as the Biden agenda rests on flipping back the Senate blue with victories by Ossoff and Warnock winning over Perdue and Loeffler respectively. Indeed, Democrats are pointing to record early turnout so far (over 3m including over 100k new voters who did not vote in the Presidential election) and they are looking leverage their diverse coalition. Meanwhile, Republicans are hoping that voter turnout is not depressed due to the internecine warfare between Trump and Kemp & Raffensperger and fallout from Pres. Trump’s taped comments. Our assessment is that the Democrats will edge out the Republicans — buoyed by strong turnout from the Democratic coalition and an aggressive community organizing, get-out-the-vote effort. As of 4pm, Democratic turnout in key counties such as DeKalb is exceeding the Nov 3 pace.

Voters in GA cast their ballots on Tuesday in a pair of runoff elections to determine control of the U.S. Senate and potentially the fate of Democratic President-elect Joe Biden’s ambitious legislative agenda.

Democrats must win both contests in GA, which Biden narrowly carried against Republican President Donald Trump in the Nov. 3 presidential election, to take control of the Senate.

A double win for the Democrats would create a 50-50 split in the Senate, leaving Vice President-elect Kamala Harris with the tie-breaking vote and giving Democrats control of the chamber. The party already has a majority in the House of Representatives.

If Republicans hold onto the Senate, they would effectively wield veto power over Biden’s political and judicial appointees as well as many of his policy initiatives in areas such as economic relief, climate change, healthcare and criminal justice.

GA results are expected to be known by Wednesday morning, according to state officials.

No Democrat has won a Senate race in GA in two decades, but opinion surveys show both races as exceedingly close. The runoff elections, a quirk of state law, became necessary when…”

EDITOR’S NOTE: TBG has advised governmental and business leaders all over the world. We maintain a Global Consultancy Network comprised of 500+ experts in 150+ countries — providing innovative solutions at the local and global levels.

Here are other articles on the Georgia Senate runoff:

Thanks for sharing !
Live a comment
Your e-mail address will never by shared.