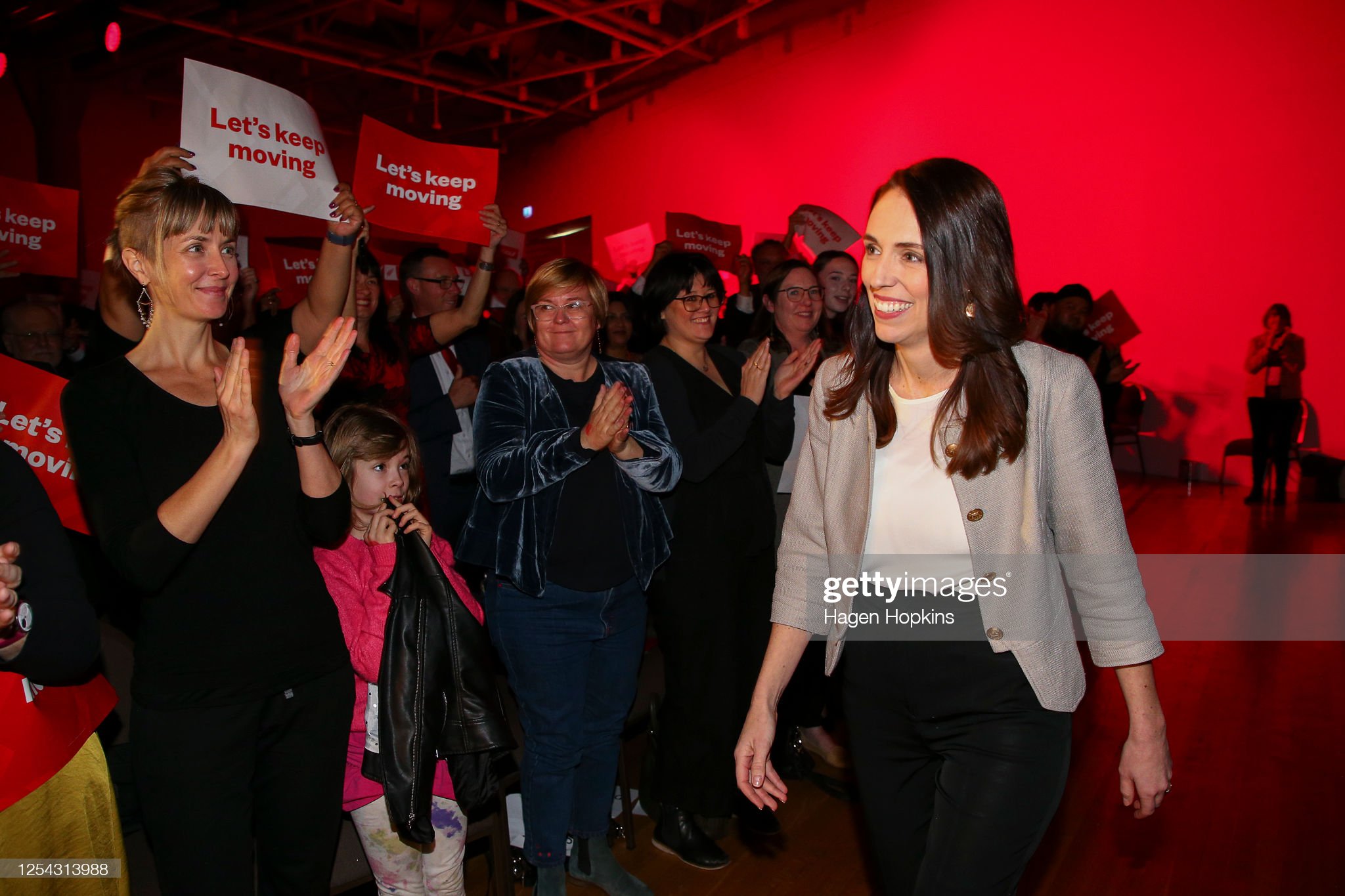 All over the world (from New Zealand to Germany to Taiwan), female leaders are besting their male counterparts in fighting COVID-19. On June 8, New Zealand Prime Minister Jacinda Ardern declared victory in eradicating COVID-19 infections. So, how/why did NZ succeed? Well, Ardern made sure that her government followed the pandemic guidebook; took swift action to implement a strict national lockdown; the rules were communicated via text quickly; the country ramped up its testing capacity (to 8,000 per day) early; and it also leveraged its geographic isolation and low density. Ardern is clearly a case study in sound leadership — the kind that prioritizes public health, pragmatism and compassion (over aggressive politics) during a pandemic.

In fact, Ardern’s success is emblematic of other female leaders. As noted in this NY Times article, other female leaders are also excelling: “Germany, led by Angela Merkel, has had a far lower death rate than Britain, France, Italy or Spain. Finland, where Prime minister Sanna Marin, 34, governs with a coalition of four female-led parties, has had fewer than 10 percent as many deaths as nearby Sweden. And Tsai Ing-wen, the president of Taiwan, has presided over one of the most successful efforts in the world at containing the virus, using testing, contact tracing and isolation measures to control infections without a full national lockdown.” It should also be noted that PM Solberg of Norway presided over one of the most successful case studies in COVID-19 management when compared to its neighbor Sweden.

Meanwhile, the countries that have fared the worst (USA, Brazil, Russia, India) just happen to have bombastic, populist and autocratic leaders who have prioritized politics over public health…instead of a science-led, data-driven and risk-averse approach. So, what is behind the success of leaders like Ardern, Merkel, Marin, Ing-wen and others? What’s the explanation for their success and style of leadership? What can we learn and take away from this leadership showcase? Article continues below.

“We should resist drawing conclusions about women leaders from a few exceptional individuals acting in exceptional circumstances. But experts say that the women’s success may still offer valuable lessons about what can help countries weather not just this crisis, but others in the future.

The rock band Van Halen famously included a clause in its tour rider that required venue managers to place bowls of M&Ms in their dressing room. But “WARNING” it said in underlined capital letters, “ABSOLUTELY NO BROWN ONES.”

The clause’s true purpose had nothing to do with chocolate. Rather, it was an easy-to-spot signal of whether the venue’s managers had taken care to read and follow the entire set of instructions in the rider — including the safety guidelines for the band’s extremely complex sets and equipment.

Having a female leader is one signal that people of diverse backgrounds — and thus, hopefully, diverse perspectives on how to combat crises — are able to win seats at that table. In Germany, for instance, Ms. Merkel’s government considered a variety of different information sources in developing its coronavirus policy, including epidemiological models; data from medical providers; and evidence from South Korea’s successful program of testing and isolation. As a result, the country has achieved a coronavirus death rate that is dramatically lower than those of other Western European countries.

By contrast, the male-led governments of Sweden and Britain — both of which have high coronavirus death tolls — appear to have relied primarily on epidemiological modeling by their own advisers, with few channels for dissent from outside experts.

However, a signal is not proof. And the surrounding political system can trump the different perspectives that a diverse group might bring to the issue.

When Ruth Carlitz, a political scientist at Tulane University, analyzed governors’ track records in the United States, she found that women were not quicker to impose lockdowns to fight the coronavirus. (Her analysis is recent and has not been peer-reviewed.)

That may be because any gender effect has been muffled by the all-consuming power of political partisanship. Dr. Carlitz found that Republican governors in the United States, male and female, took longer to impose stay-at-home orders than Democrats did.

After President Trump was criticized for failing to wear a mask during public appearances, David Marcus, a conservative journalist, argued in an article for the website The Federalist that Mr. Trump was “projecting American strength.” If Mr. Trump were to wear a mask, he wrote, that “would signal that the United States is so powerless against this invisible enemy sprung from China that even its president must cower behind a mask.”

Medical accessorizing is not usually seen as so crucial to great-power conflict. But Mr. Marcus’s analysis is actually quite consistent with the traditional idea of a strong American leader: one who projects power, acts aggressively and above all shows no fear, thereby cowing the nation’s enemies into submission.

In other words, a strong leader is one who conforms to the swaggering ideals of masculinity.

That has often created difficulties for women in politics. “There is an expectation that leaders should be aggressive and forward and domineering. But if women demonstrate those traits, then they’re seen as unfeminine,” said Alice Evans, a sociologist at King’s College London who studies how women gain power in public life. “That makes it very difficult for women to thrive as leaders.”

Ms. Ardern’s approach to fighting the pandemic could not be further from that traditional archetype. But on this new kind of crisis, her cautious leadership has proved successful. “I would say that shutting down the economy early was a risk-averse strategy,” Dr. Evans said. “Because no one knew what was going to happen, so it’s the strategy to just protect life first.”

After New Zealand began its lockdown on March 25, Ms. Ardern addressed the nation via a casual Facebook Live session she conducted on her phone after putting her toddler to bed. Dressed in a cozy-looking sweatshirt, she empathized with citizens’ anxieties and offered apologies to anyone who was startled or alarmed by the emergency alert that announced the lockdown order.

“There’s no way to send out those emergency civil alerts on your phones with anything other than the loud honk that you heard,” she said ruefully. “That was actually something we all discussed: Was there a way that we could send that message that wasn’t so alarming?”

By contrast, Mr. Trump has tried to anthropomorphize the virus into a foe he can rail against, calling it a “brilliant enemy.” But while that may have encouraged his base, it has not aided American efforts to contain the pandemic. The United States now has the highest coronavirus death toll in the world.

In Britain, Boris Johnson rose to power as a prominent Brexit backer, promising to play hardball to win the best “deal” in the country’s exit from the European Union. But the skills he used to battle Brussels bureaucrats turned out not to be useful in the fight against the pandemic. His government delayed lockdowns and other crucial protective measures like increasing testing capacity and ordering safety equipment for hospitals. Britain’s death toll is now the second-highest globally.

Male leaders can overcome gendered expectations, of course, and many have. But it may be less politically costly for women to do so because they do not have to violate perceived gender norms to adopt cautious, defensive policies.

That style of leadership may become increasingly valuable. As the consequences of climate change escalate, there will likely be more crises arising out of extreme weather and other natural disasters. Hurricanes and forest fires cannot be intimidated into surrender any more than the virus can. And neither can climate change itself.

Eventually that could change perceptions of what strong leadership looks like. “What we learned with Covid is that, actually, a different kind of leader can be very beneficial,” Dr. Evans said. “Perhaps people will learn to recognize and value risk averse, caring and thoughtful leaders.”