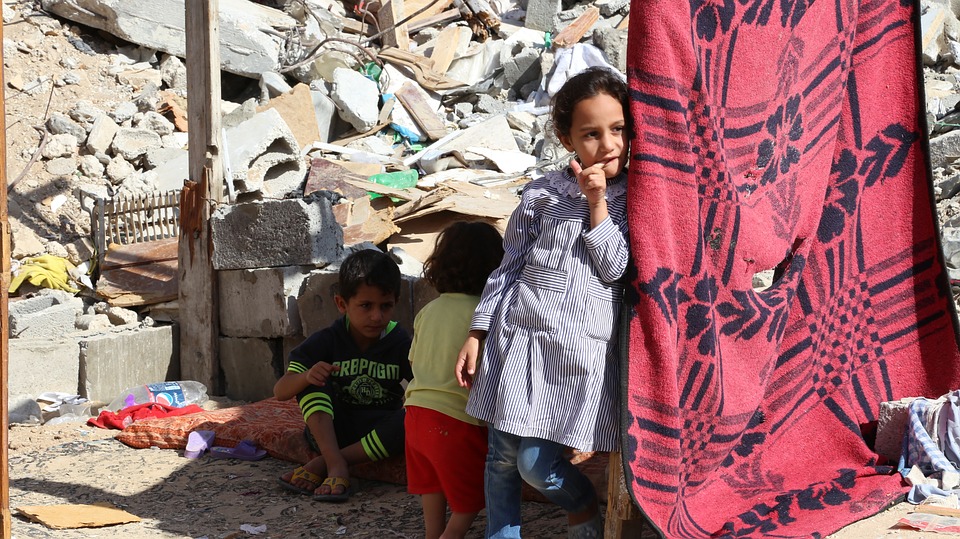 Children living in conflict-affected regions are brought up alongside bloodshed, brutalities, oppression and violence causing them to go through traumas, emotional and physical, that no child ever should. Children inhabiting the Gaza strip are living proof of this harsh reality. Their daily lives are miserable. They have little to no access to electricity or clean water, but plenty of experience with Israeli bombs and the horrible sound of Israel’s terror drones which cover Gaza’s sky. Rana, a young girl living in Gaza and hopes, to become a journalist, “so I can tell the people how we suffer here. I am a child, I know what death means, I know what war means, I know what blood means. Me and all the children here know what it means.”

Gaza is governed by the Islamist group, Hamas, which was formed in 1987 as a militant “resistance” group against Israel and won political power in the 2006 US-based election. Gaza region lies in the middle of two land crossings: one to Israel and the other to Egypt, both almost continuously closed. Hamas has been a permanent entity on Gaza’s grounds. Israeli Prime Minister, Benjamin Netanyahu’s recently adopted a policy for closing “commercial crossing” at Kerem Shalom as a punishment for the continuing rudimentary kites and balloons launched from Gaza, which have allegedly damaged crops on the Israeli side of the fence. Israel has attacked those launching what they bizarrely call “terror kites”. This is not the first time that Israel has attacked Gaza. It has launched a number of military operations in Gaza, including an air campaign and ground invasion in late 2008 and early 2009, a major bombing campaign in 2012, and another air/ground assault in the summer of 2014 among many others. The attacks have hurt the innocents, inciting Gaza’s children to hate Israel for the violence, death and the destruction it has caused on their homes in Gaza, the third most densely populated polity in the world.

The continuous violence which the children witness in Gaza is catastrophic for their mental and physical well being. They have lived their whole childhoods under blockade or siege, and seen several wars accompanying massive loss of life and housing. They are faced with the horrifying prospect of losing family and friends on a regular basis. Children in Gaza have no option but to grow up in the traumatic environment unless Israel stop the excessive and lethal force and give the children some hope for a normal childhood.

The children of Gaza who live with the legacy of war

In the Gaza Strip, children bear psychological scars of conflict with Israel