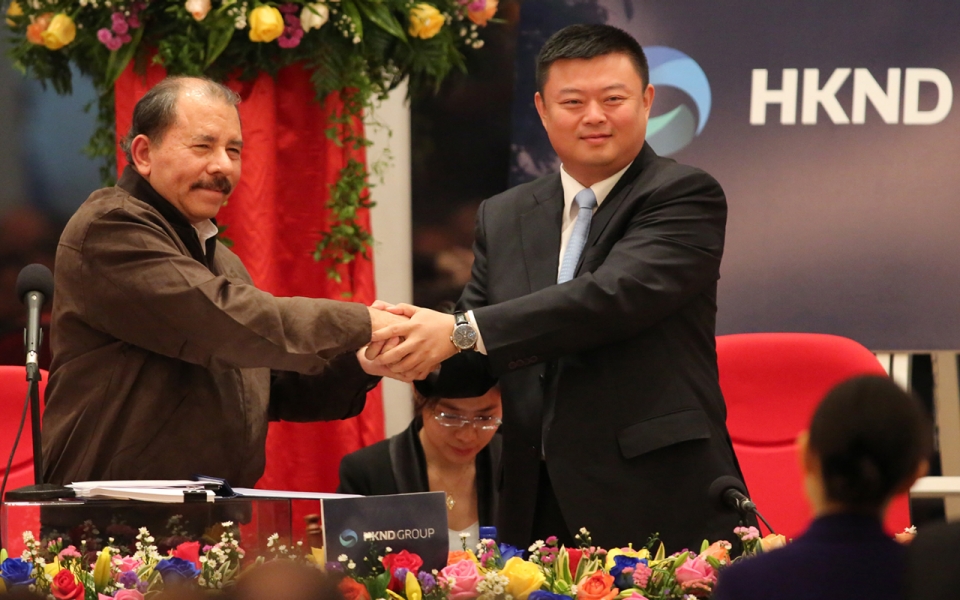 In 2013, the Nicaraguan President, Daniel Ortega, signed an agreement with a Chinese businessman, Wang Jing, to construct a canal in Nicaragua. The Chinese firm, Hong Kong Nicaragua Development Group (HKND), controlled by Wang Jing, was given a 50-year renewable permit to build and operate the canal. HKND budgeted $50 billion to construct the canal and estimates the project to be completed by 2020.

Furthermore, the Nicaraguan government supports the canal project as it includes construction of a new airport, hotel resorts, and a free trade zone that the government claims would triple the economic output over the first decade of operation and raise the living standards for Nicaragua, the second poorest country in the western hemisphere. Construction of the canal, mostly of roads, began in December of 2014, however, further construction has been postponed due to its potential environmental and social effects and a recent financial crisis suffered by Wang Jing.

Scientists and environmentalists say that construction of such a project would risk pristine wetlands and rainforests and bisect the Mesoamerican Biological Corridor over which many species use to migrate up and down Central America. Moreover, the Environmental Resources Management (ERM) group, a British environmental consultancy group, conducted an environmental and social impact assessment of the canal project and recommended further investigation into the seismic risk along the canal route and whether there is enough water to fill the canal. Scientists are also concerned about Lake Nicaragua’s ability to survive the dredging required for the canal as Lake Nicaragua serves as the largest drinking water reservoir in Central America.

Last month, Nicaraguan authorities said that they have postponed canal construction work until May 2016 because of the environmental concerns outlined in the report. Paul Oquist, the Executive Director of the of the Nicaragua Grand Canal Commission, told the Council of the Americas in Washington that President Daniel Ortega has made the decision that all studies recommended by the environmental groups have to be undertaken before continuing the project.

However, the decision to postpone construction comes at a time when Wang Jing is simultaneously suffering a financial setback as the Chinese billionaire lost more than 85 percent of his fortunate following major shifts in the Chinese stock market. Experts say that Wang’s financial situation will affect the canal project. Daniel Wagner, the head of the US based consulting company Country Risk Solution, claims that “Wang’s financial resources impact how and whether the canal can and will be built.”

Despite economic setbacks, local protests, and environmental concerns, HKND said that the project is moving forward and still plans to finalize the project by 2020. Bill Wild, HKND’s Chief Adviser for the canal, said that he has no doubt that the financial arrangements will be in place before construction commences. Furthermore, Francisco Mayorga, an economist who served as Nicaragua’s central bank governor and is currently an adviser to the board of the Inter American Development Bank, is confident that HKND will eventually be able to raise funding for the canal project once the engineering and impact studies have been further analyzed. Scientists and Environmentalists will continue to analyze the Nicaraguan Canal project in hopes of addressing environmental concerns before it is too late.