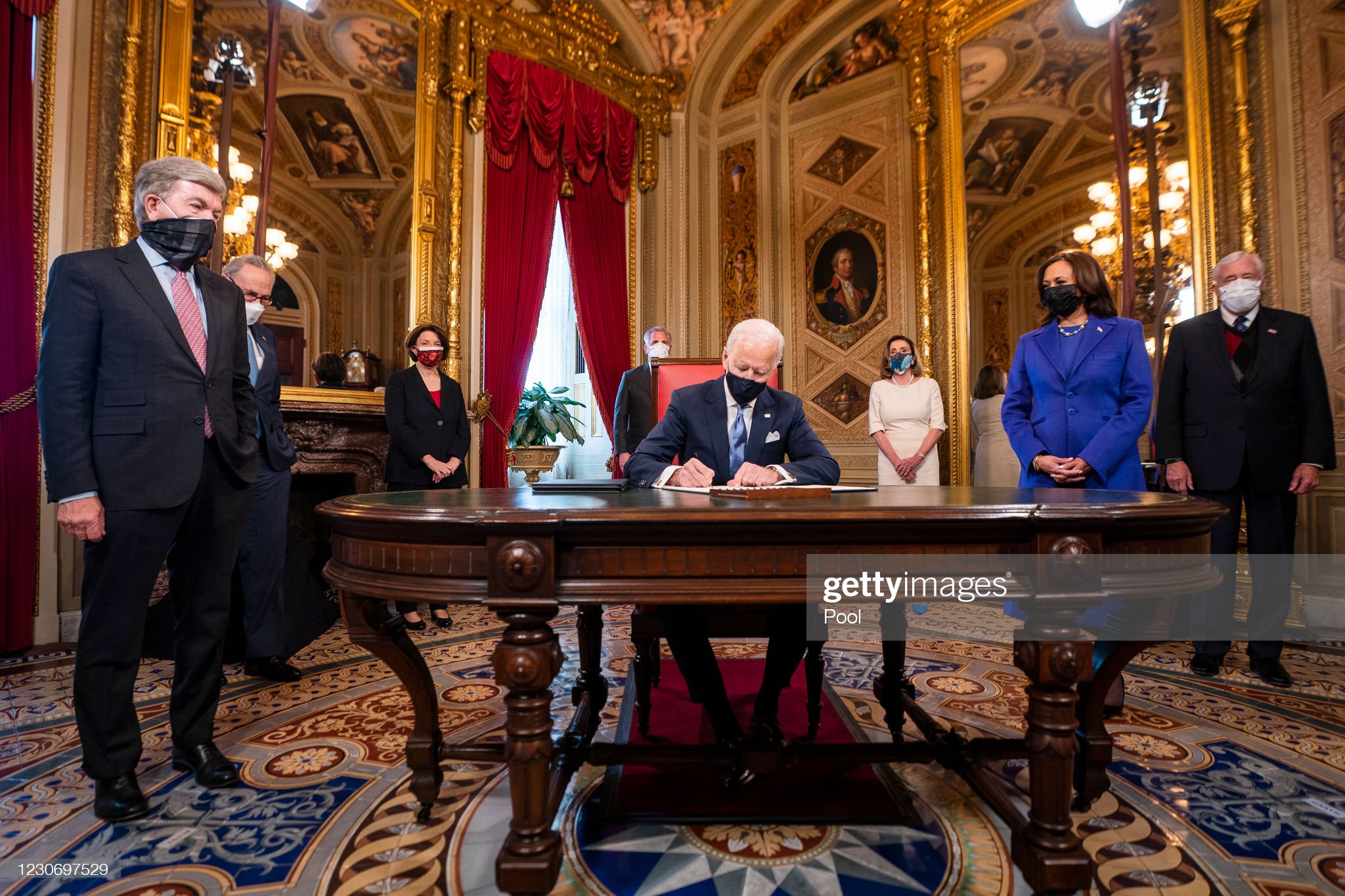 “President-elect Joe Biden became President Biden at noon Eastern time, after he took the oath of office to become the nation’s 46th commander in chief.

There ceremony took place on the West Front of the U.S. Capitol, on the same stage that was stormed by pro-Trump insurrectionists just two weeks ago. Stringent security measures are in place to protect the nation’s leaders from any more violence….

Kamala Harris was sworn in [as the first female Vice President and first Black & South-Asian woman] by Justice Sonia Sotomayor, using two Bibles: one that used to belong to Thurgood Marshall, and one that belonged to Regina Shelton, a close family friend and mother figure to Harris.”