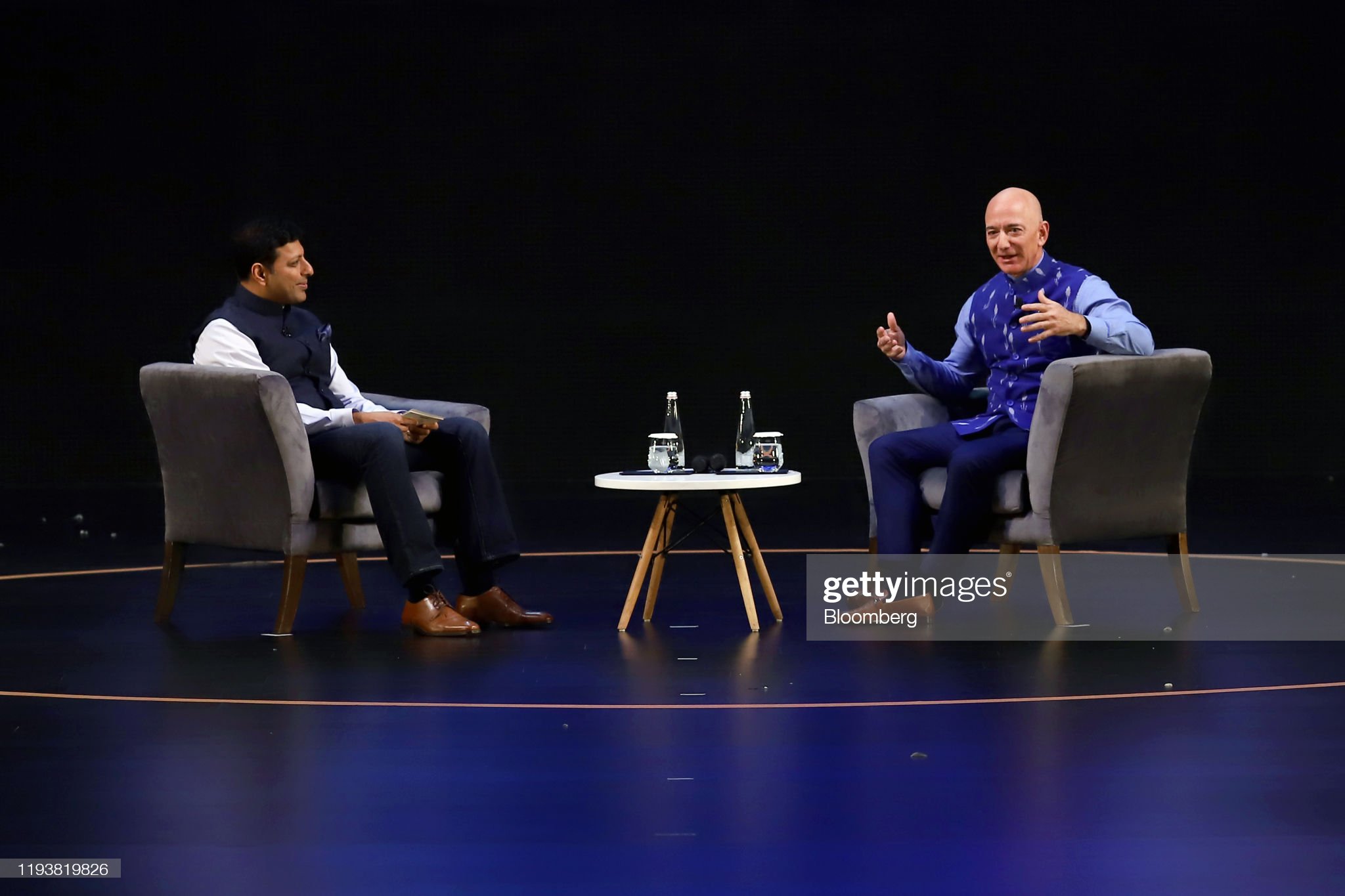 Earlier this month, Jeff Bezos, Amazon’s founder and CEO, flew to India in an attempt to reignite Amazon’s ambitions for global dominance of e-commerce overseas. During his visit, Bezos announced that the firm would invest $1 billion in digitizing small and medium-sized businesses in India, bringing its total investment in the subcontinent to $6.5 billion. Bezos also declared the goal of exporting $10 billion worth of Indian goods by 2025, alongside the creation of millions of jobs. To further convince the world of his intentions, Bezos predicted that “the 21st century is going to be the Indian century.”

At face value, Amazon and India appear to be a match made in heaven. India’s GDP has increased by a mere 5% in the first quarter of this fiscal year, before reaching a six-year low in the following one (4.5%). This data greatly jeopardizes India’s Prime Minister Modi’s plan to reach a $5 trillion Indian economy by 2024. Firms like Amazon would provide a tremendous economic stimulus,  putting the Indian economy back on track. Moreover, other than its size as the second-largest emerging economy in the world, India has 480 million internet users and 25% in yearly user growth – making it a fertile business opportunity for internet-based companies. This is especially true in the e-commerce space, which provides a service utilized not only by tech-savvy individuals, but also across population sectors.

Despite the seemingly mutual interests, things didn’t go as planned; many small-business owners in hundreds of cities all across India protested against Amazon’s presence in India. To add insult to injury, upon his arrival to India, Bezos was served with a lawsuit by India’s trade minister for violating recently-passed laws obligating e-commerce platforms to sell only third-party goods and not their own.

As noted in this blog, Emerging and Frontier Markets are anticipated to provide significant economic growth in the coming decade, as they attract the world’s most prominent and influential firms in search of customers and growth. Yet, Amazon’s story in India suggests additional takeaways – global firms have to create a business model that will not eliminate the existence of domestic competition, and which will generate more than only low paying jobs, to gain sustainable market share value in designated destinations. Also, firms need to understand and adapt to the regulative environment before attempting to penetrate a new market.

Above all, in order to create revenue and other economic gains, firms would need to carefully address the intersection between the government and the public sector — an intersection that has become a part of our expertise here at TBG.

For more on The Times of India (on Modi’s economic plans), click here.